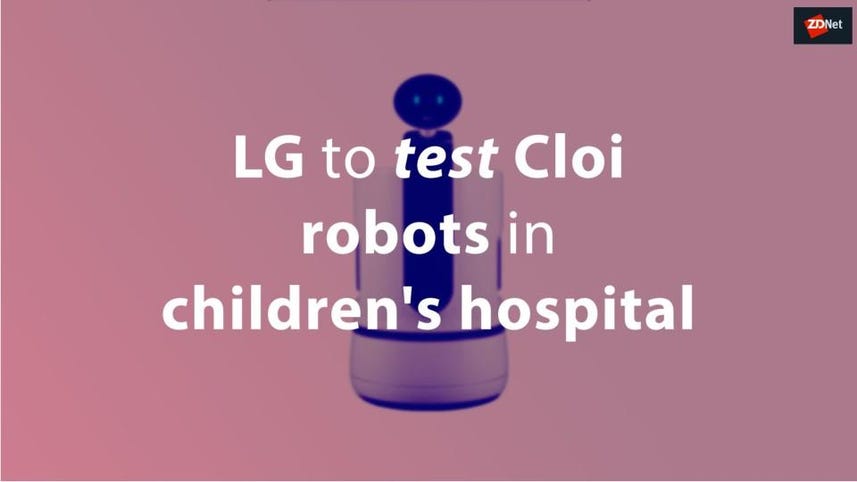 LG Electronics has deployed its Cloi robots to Seoul National University Hospital as a trial to improve medical care, the company has announced.

The robots will be placed at various places, including in intensive care units and operating rooms, as part of a three-month trial.

The goal is to provide emotional support for children that may fear the different environment and lack of freedom to move around.

LG Cloi has a 5-inch LCD screen and has Naver's artificial intelligence platform Clova installed. It will also come with 900 pieces of child-oriented content from 70 publishers, such as music, games, and audiobooks.

Besides caring for the children, LG and the hospital will co-develop services that will see the robots used for video chats between staff, translation services for foreign patients, and provide video guidelines for parents before procedures.

The company said it hoped the robots will become caregivers and friends for the children.

LG and Seoul National University Hospital will continue to collaborate on applying robotics at hospitals after the trial, they said.

The South Korean electronics maker is also collaborating with CJ Foodville to apply robotics to restaurants.

College campuses have become a front line in the autonomous vehicle delivery wars.

Top 5 things to know about the robots market (TechRepublic)

The use of robotics in business continues to grow at a steady pace. Tom Merritt explains five things you should know about the robots market.

64% of workers trust robots more than their managers (TechRepublic)

Employee outlooks on AI are changing. Here's why they are more trusting of the technology.

AI & Robotics
Brazilian organizations to invest $2.9B in data projects in 2022

Data Management
How to merge layers in Photoshop