LG Uplus has begun expanding its 5G coverage outside of Seoul, with Samsung to be used as its main equipment supplier.
Written by Cho Mu-Hyun, Contributing Writer on May 5, 2019 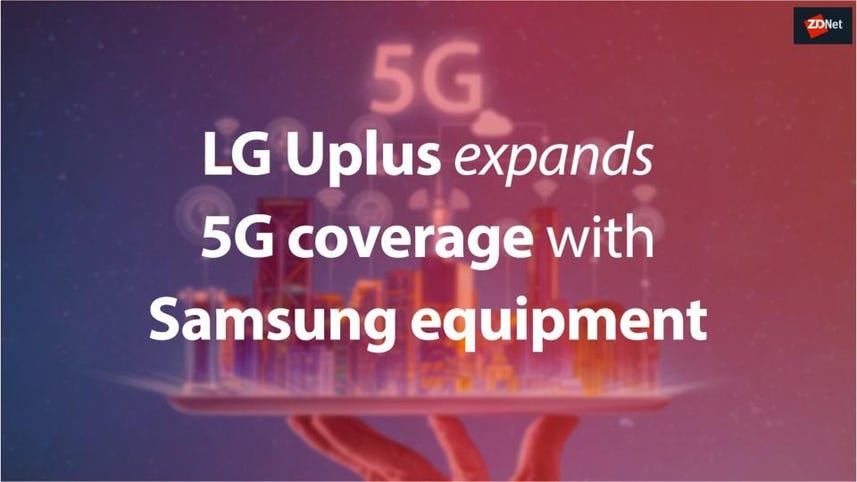 LG Uplus has announced it has resolved the issue of 5G equipment supply and will speed-up its expansion of 5G coverage outside of South Korea's capital Seoul.

The mobile carrier, the third-largest in the country after SK Telecom and KT, has historically received criticism for its weak coverage in provincial areas compared to its rivals.

Since the roll out of 5G networks in April, LG Uplus has received backlash for bad 5G connectivity and currently has the least amount of subscribers. Criticisms towards its rival KT, meanwhile, have abated.

South Korea, as of 30 April, has secured 260,000 subscribers for the next-generation network.

LG Uplus initially only designated Huawei's 5G equipment for Seoul and the Gangwon Province, while earmarking Samsung as its main supplier and Ericsson and Nokia as secondary suppliers for the remaining areas in the country. The telco, however, announced it will also use 5G equipment from a "local manufacturer" -- meaning Samsung -- for additional base stations that are yet to be installed in Seoul.

Samsung has heavily pushed its 5G equipment, previously saying it would use South Korea and US as its foundations for global growth. The South Korean tech giant has supplied 53,000 base stations so far in its home country, it said, which makes it the leader ahead of rivals Huawei, Nokia, and Ericsson.

The country has already installed 50,512 base stations, the Ministry of Science and ICT said last month, with the figure expected to increase exponentially by the end of the year.

Samsung boasts it is leading the 5G way in Korea

South Korean giant has shipped over 53,000 base stations to local telcos.

5G handsets will have improved speed, battery life, and processing power, according to a GlobalData report.