Lilium raises $90 million in funding to make our taxis fly

The startup has taken a step closer to building all-electric flying taxis.
Written by Charlie Osborne, Contributor on Sept. 5, 2017

Lilium has raised $90 million in Series B funding to build all-electric flying taxis.

Led by Tencent, the funding round is centered on Lilium's vision of building viable five-seat all-electric vertical take-off and landing (eVTOL) jets suitable for use as zero-emissions air taxis.

While traditional taxi firms and mobile booking companies such as Uber and Lyft fight over the rights to the road, Lilium instead wants to make airspace available for smartphone users who need a ride to their destination.

Back in 2016, the German startup raised $11.4 million in Series A funding to tackle what the company considers a melting pot of pollution, unsustainable demand, and congestion in urban cities.

The company says that low-cost, easy-to-use flying cars would be able to travel at the speed of up to five times the average road taxi, and with a range of up to 300km, "will bring swathes of underdeveloped land to within commuting distance of major cities, thereby increasing supply."

Lilium says that an example 19 km journey from Manhattan to JFK Airport could take only five minutes.

The Lilium Jet is being designed to be extremely quiet and power efficient, but the major engineering challenge is making sure the taxi is able to land and take-off without the need of a landing strip so it can operate in dense, populated areas.

In April, a prototype of the five-seater plane demonstrated the successful transition between hovering and horizontal flight. 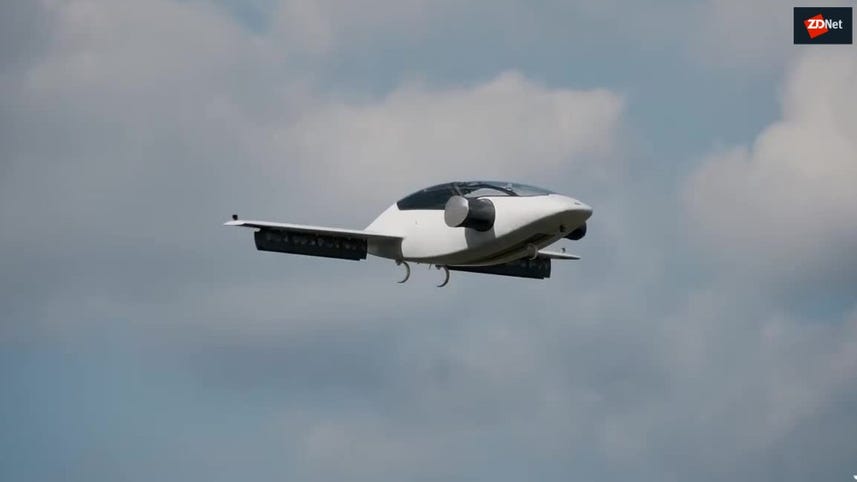 To date, Lilium has raised $101.4 million to make the flying taxis a reality. Atomico, Obvious Ventures, Freigeist, and LGT alongside Tencent are also investing in the startup.

The company plans to use the latest cash injection to develop the Lilium Jet and grow the Lilium team.

"This investment is a tremendously important step for Lilium as it enables us to make the five-seat jet a reality," said Daniel Wiegand, Lilium co-founder and CEO. "This is the next stage in our rapid evolution from an idea to the production of a commercially successful aircraft that will revolutionize the way we travel in and around the world's cities."

"We are continuing to recruit the very brightest and best global talent in aeronautical engineering, physics, electric propulsion and computer science to join us on this extraordinary aviation journey where the only limits are the laws of physics," the executive added.

Will passenger drones become a part of daily life in the United Arab Emirates?

Airbus hopes to test self-flying taxi by end of 2017

The self-flying car may become more than just a figment of our imaginations, with aerospace giant Airbus looking to test its prototype in the air by the end of 2017.

Researchers say that carpools could one day result in the traditional taxi no longer being needed at all.