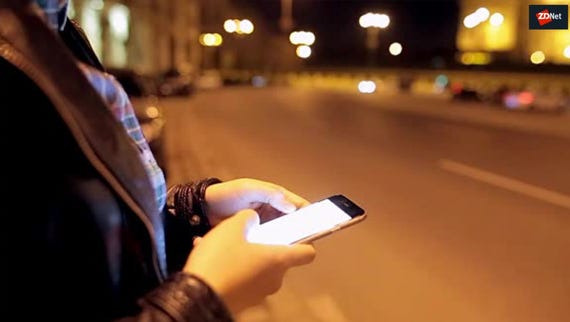 In August 2006, well-known Linux developer Christopher Helwig spotted Linux source code being used illegally in the VMware ESX bare-metal virtual machine (VM) hypervisor. Helwig, with the aid of the Software Freedom Conservancy, eventually sued VMware, Now, after the German Hamburg Higher Regional Court dismissed Helwig's appeal, he has decided that it would be pointless to appeal the decision.

The heart of the lawsuit had been that Hypervisor vSphere VMware ESXi 5.5.0 violated Linux's copyright. That's because VMware had not licensed a derivative work from Linux under the GNU General Public License (GPL). True, VMware had disclosed the vmklinux component under the GPL, but not the associated hypervisor components.

Or, as Helwig put it, "VMware uses a badly hacked 2.4 kernel with a big binary blob hooked into it, giving a derived work of the Linux kernel that's not legally redistributable."

For several years subsequently, Helwig and the Conservancy tried to convince VMware to either remove the Linux code from its products or open source it under Linux's GPLv2. They failed.

So, in 2015, Hellweg and the Software Freedom Conservancy sued VMware in the district court of Hamburg in Germany. The Conservancy and Hellwig asserted: "VMware has combined copyrighted Linux code, licensed under GPLv2, with their own proprietary code called 'vmkernel' and distributed the entire combined work without providing nor offering complete, corresponding source code for that combined work under terms of the GPLv2."

In this most recent decision, Helwig explained, the Hamburg court "did not deal with the substantive matter of the complaint, but dismissed the appeal just like the first instance because of insufficient proof of the right ownership or the copyright protection capability of the components taken over from Linux. The requirements imposed by the court were extraordinarily high and make it very difficult for individual Free Software developers to assert their rights alone."

The community is not out for financial gain when it comes to license issues. ... All we want is the modifications to our code to be released back to the public, and for the developers who created that code to become part of our community so that we can continue to create the best software that works well for everyone.

That's what Helwig wanted, but the court didn't see the difference between an individual developer who wanted to see the GPL enforced and one who wanted to profit from the GPL by shaking down users.

So, Helwig has decided "not to lodge a further appeal against the judgment of the Hamburg Higher Regional Court."

He's doing this for several reasons. Not least of these is that "VMware has announced to discontinue the use of Linux code in their hypervisor in the future. Removal of the Linux code from VMware's proprietary kernel was what both I and Conservancy asked for many times; when VMware takes this action, they will finally comply with the GPL."

The case has also cost Helwig much time and energy. He's ready to move on.

Looking ahead, Helwig worries that, "at least in Germany, GPL violations that cannot be resolved out of court will probably require greater involvement of rights holders. If -- as is typical with the Linux kernel -- numerous rights holders exist, individual developers will find it difficult to go to court alone."

That said, the Conservancy pointed out, "While we are disappointed that the courts did not take the opportunity to deliver a clear pro-GPL precedent, the implications of the decision are limited. This certainly could proceed differently with different presentation of plaintiffs or in another jurisdiction."

The Conservancy added, "Compliance with FOSS [Free and open-source] licenses is not optional. Failure to follow the terms of the GPL erodes software freedom and the integrity of our technology. Copyleft is both a legal requirement and an essential community norm that companies must follow if they wish to use GPL'd code. Copyleft assures fair and equal rights that allows both competition in business and an equal playing field for hobbyists."

For future Linux copyright violations, Helwig recommended programmers use the resources from the Conservancy "GPL Compliance Project For Linux Developers" and the The gpl-violations.org project.