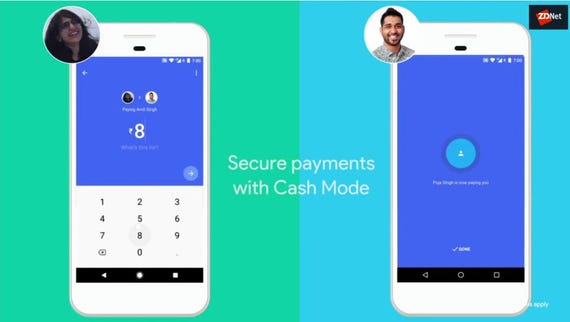 Digital payments firms in India may be the new kids on the financial block but boy are they taking banks to the cleaners. A few weeks ago, Mint reported that 30 percent of movie tickets in film-mad India will soon be purchased with mobile phones, a sum that outstrips credit or debit cards or cash. Indians are also using their phones to pay for utilities and taxis at a much greater volume than they do with cards.

As Mint reveals, banks still have a lead for in-store purchases in places like shopping malls and air tickets but even those categories are rapidly slipping away.

In other words, get ready for plastic to go the way of the SMS. The Economic Times reports that in just four months of Google launching their own payments service, Google Tez, the US firm is processing the same number of digital transactions as one of India's top private banks -- Axis, fourth overall in the payments sphere in its sector.

And just last month the Reserve Bank of India reported that transactions made through the Unified Payments Interface (UPI) -- a kind of middleware that stitches all providers onto one platform for seamless interoperability and allows apps belonging to sellers to connect directly to a consumer's bank account -- was roughly half of that of all debit and credit card transactions. As the piece mentions, it took a company like Mastercard 30 years to build its business that is now being surpassed in a handful of years.

This is the power of digital payments and in no place will this have as profound an effect as in India, a country where some 700 million people have never owned either a bank account or a smartphone but are rapidly beginning to do both. Just as WeChat Pay and AliPay have become behemoths worth over $50 billion in market cap, PayTM, WhatsApp (blocked in China), Google Tez, FreeCharge, and others are poised to rise.

Watching their ascendancy helplessly will be a group of losers who will continue to be incapable of tapping into the power of digital communities, a group that should have been on this right from the get-go but haven't -- banks.

Banks are a funny lot. You would imagine that they would be on the cutting edge of tech advancements and services that could make them rulers of a new universe so close to their own. But that's not the case. Almost always, digital payments firms are outsiders and usurpers to the empty thrones that regular banks have not even ventured to sit in. Either, it's a case of sticking to core competencies and not venturing into businesses that suck up a whole lot of energy, time, and capital. Or, it's a universe they do not understand well. Which is why payments the world over are run by digital payments firms and not banks.

The speed at which this has been happening in India is remarkable, but it makes complete sense when you remember that cash was king in the country simply because banks have been excruciatingly slow to bring the 800 million or so unbanked into the financial system. It just didn't make economic sense to them.

Then came two seismic events that transformed things almost overnight. One was the mandatory opening of hundreds of millions of bank accounts in a thrust led by the Modi government that was then linked to a national identification scheme with biometrics. Suddenly, a whole new population received access to digital payments even though they may not have smartphones that allow them to make this happen as yet. But even smartphone adoption is changing rapidly.

Secondly, when the Modi government almost overnight took 86 percent of the existing currency in India out of circulation, it gave one sector an unlikely boost, even if businesses and citizens nationwide were reeling because of a lack of cash to conduct daily activities -- the number of UPI transactions skyrocketed by as much as 57,000 percent to date, according to Mint.

Now, the immensely popular WhatsApp has entered the Indian payments space and with its 200 million active daily users -- the most for any app in India -- and a payment button that doesn't apparently need email ID logins (being hotly contested by rival PayTM). It will be an almost impossible foe to compete with in the online space. Offline, market leader PayTM has a nearly unassailable lead. The next battleground for payments is in the offline space and the company already has spread its tentacles to 7 million small-to-medium size merchants and is gunning for the mother lode of the other 33 million who supply much of India its daily provisions.

The very serious problem for banks and old world payment firms such as Visa and Mastercard is that the digital explosion has not even begun in India, but it is now that you need to get into the door to assure future success. The roughly $200 billion digital payments space, of which $10 billion is the mobile payments segment, is scheduled to mushroom to $1 trillion by 2023, according to a Credit Suisse report.

Meanwhile, China is at $27 trillion today. Imagine the rivers of gravy that banks will have to agonizingly watch themselves cede to the new rulers of the financial world, who by then will be making even more money by selling everything from mutual funds to real estate to their increasingly prosperous, smartphone-toting clients.

Join Discussion for: ​Mobile payments skyrocket in India while...