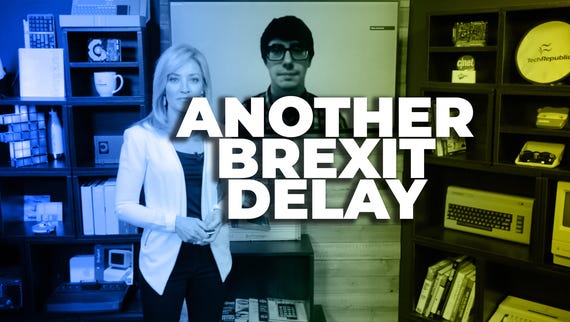 One in four tech startups in London have lost out on investment as a direct result of Brexit, and over half have found it harder to attract international talent during Brexit negotiations.

The vast majority of tech companies (87%) also believe that Brexit has damaged London's international reputation, according to research commissioned by tech entrepreneur network Tech London Advocates. Also, 39 percent of tech companies said they had found it harder to gain access to capital in London, while 60 percent felt it would get tougher in the next 12 months.

Nearly two thirds (60%) of London's tech entrepreneurs have found it harder to attract international talent during Brexit negotiations: 29 percent said their staff have formally raised concerns around changing visa and immigration regulations, although only 5 percent reported that new hires had changed their mind about moving to the UK.

Russ Shaw, founder of Tech London Advocates, said: "It is no surprise that London tech investment fell in 2018 when so many tech companies are experiencing investors deferring decisions until they see some clarity around Brexit. One thing is certain -- the political situation is harming our fastest-growing industry and making access to capital and talent harder than ever before."

Few in London's tech community have ever welcomed Brexit. They have warned that leaving the European Union will make it harder for them to recruit and retain staff from the EU, and that the UK's current position inside the EU makes a useful place to launch products across the trading bloc. Being outside the EU means tech startups may have to deal with two sets of regulations instead of one and may face complications, for example. Some data suggests that since the UK voted to leave the EU, tech companies in the country have felt the effects: investment dropped significantly in 2018 and while the UK remains the top European destination for software developers, rival capitals are catching up.

Around a third of tech workers in London are from somewhere other than the UK, while around one in five are from somewhere else in the European Union. Startups with founders and engineers of many different nationalities are common in the capital. In a poll of tech executives from before the referendum in June 2016, 70 percent said they wanted to stay in Europe and only 15 percent said they wanted to leave.

According to the Tech London Advocates research, which interviewed 200 execs, the intervening three years has done little to shift attitudes: 36 percent are still hoping for no Brexit at all, 29 percent want a second referendum on leaving, while 23 percent want a quick decision, regardless of the outcome. Only 5 percent said they wanted a no-deal Brexit.

Still, the survey had some optimistic findings: despite increasing challenges from Paris, Berlin, Barcelona and other cities, 82 percent of respondents predicted that London will retain its crown as Europe's tech capital.