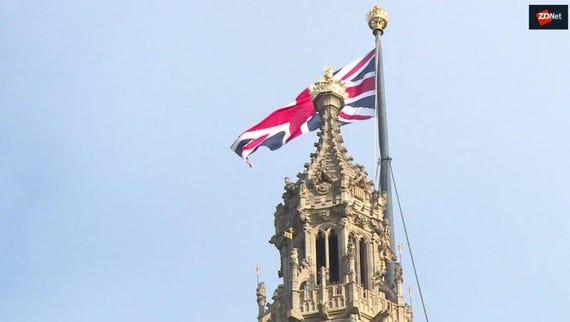 London remains the top destination in Europe for international tech workers, and is now home to 357,900 software developers; but rival tech hubs are seeing rapid expansion.

The UK capital has more software developers than other major European cities such as Paris and Amsterdam, and over three times the numbers found in Berlin, according to research by the mayor's promotional agency London & Partners, which compiled data from Stack Overflow. The researchers also found that, according to information from LinkedIn, London was the top destination for more migrating European and non-EU tech professionals than any other major European city in 2018.

London is home to more software developers than any other European city, with 357,900 workers across the capital, up around 17 percent on 2017, when the number stood at 304,000.

Nikolay Storonsky, CEO at digital banking company Revolut said: "Despite all of the political uncertainty right now, there is no doubt in my mind that London will retain its crown as the best city to build and grow a startup."

Many tech companies have warned that the UK's exit from the European Union would cause them to put a brake on expansion, but the data suggests that this has not stopped growth in London's tech staffing — although data released last month does suggest that venture capital investment has dropped significantly. A recent survey also suggested that four out of ten UK tech companies were considering moving some operations abroad as a result of Brexit.

London is in a battle with other European cities to attract these high-skilled workers, and the data also suggests that European rivals are growing their tech workforces at a faster rate, albeit from a lower base. The number of developers in Paris has increased by almost 50 percent in the same time, from 181,000 to 286,000. The number of software engineers in Amsterdam has more than doubled from 90,000 to 216,000, while the number in Frankfurt has also doubled. Other cities, including Berlin, Madrid and Moscow, have seen much more modest growth.

While Brexit concerns have hit investment plans for some companies, London & Partners point to a number of boosts to London's tech scene, including Apple's new HQ in Battersea for 1,400 staff, which is due to open in 2020, and Google's new offices in Kings Cross, which will house up to 4,500 employees. Whether London's tech ecosystem continues to attract talent at the same rate will largely depend on how it manages Brexit over the coming weeks and months.

Laura Citron, CEO of London & Partners, said the figures showed that the strength of London's tech sector is built on the international makeup of our tech workforce. "It's important that we continue to make it as easy as possible for London's businesses to access the best talent from all over the world," she said.

Join Discussion for: London is still top for software developers,...