By Larry Dignan for Between the Lines | February 3, 2015 | Topic: Big Data Analytics

Magisto, a popular mobile app that takes your videos and turns them into shareable stories, launched a desktop PC version Tuesday in a move that's aimed at melding artificial intelligence, user experience, and a ton of legacy and GoPro video footage sitting on hard drives everywhere.

On the surface, Magisto's PC move is a natural extension from its Google Play and Apple App Store popularity. But behind the scenes there are a few notable moving parts. First, Magisto is a mobile-first company that has 90 percent of its user activity done on a smartphone and designing a desktop app requires a different set of skills. In addition, Magisto had to tweak its algorithms to handle longer videos without as much metadata.

In other words, analyzing video stores on hard drives presents its own challenges. For instance, Magisto's desktop app scans and sorts folders to create video stories from events you may not even remember.

We caught up with Magisto co-founder and chief executive Oren Boiman to talk about the algorithms, technology, and design behind the service.

Mobile first to desktop design challenges. "We started on mobile primarily because it was important to deal with immediate content. When we launched 2012 it was clear that smartphones were capturing most of the footage," Boiman said. That mobile first approach gave Magisto a viral and immediate customer base, but the company was missing action cams such as GoPro and camcorder videos. "There's a lot of legacy content and we wanted to keep the simplicity," Boiman explained. "Magisto is a visual friend and editor and we wanted to keep it like that."

The solution? Magisto's desktop app had to be easier than the mobile counterparts. "We designed the desktop app to be even simpler. There's so much content that it's difficult to even know what you have," Boiman said. "On the PC side, we're talking about 10 years of content and no way to organizing. The approach was to scan and find the right stories that needed to be told and then present them, a simple way."

Because the PC app has to ingest so much legacy content and longer videos, the interface had to be simple because it had to surface all that stuff in your file folders. "We wanted them to click on what they wanted to produce," Boiman said. "It's one click." On the design front, the only logical way to handle a PC app was to boil it down to a click because the video suggestions would ultimately become the user interface.

Where's the metadata? Boiman said there were few challenges on artificial intelligence (AI) front when creating the desktop app. One of the biggest issues is that home computers have a lot of images and video that don't carry metadata. Smartphones automatically tag images and video with dates, locations and other valuable information. "Mobile cameras record more information," Boiman said. Location is straightforward in mobile, but that's not case in older cameras.

Algorithm tweaks. Magisto's apps already had an AI engine that worked, but longer videos required a few tweaks. For instance, the lack of metadata relative to mobile meant that Magisto had to make more inferences on the beginning and end of videos. How much is truly relevant in a 45-minute video? "There's a challenge with the lack of metadata and sheer size of content," Boiman said. "Just to get to the point where users can decide what make is already a challenge." As a result, Magisto had to highlight what's available and surface the most promising options. If Magisto's desktops algorithms don't narrow down options effectively, the user may have no idea what to do. "You need a lot of intelligence to just get to that [starting] point," he said.

In addition, video content on desktops run for 20 minutes to 40 minutes on average. "We had to summarize that in two minutes and find what's relevant," Boiman said. Magisto had to know where events start and end and make inferences to find critical events. "We make Magisto videos with the assumption that you want to share them. We didn't want to get to 5 to 7 minute videos because they're too long to share," he added. 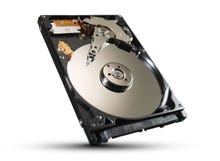 Everybody needs more storage. And with the 2011 Thai floods behind us, prices are better than they've been in years. Here are some tips and recommendations for the people on your list.

The role of the cloud. Magisto has two cloud stories -- on the front end and the back end. On the front end, Boiman said Magisto plans to integrate with various cloud storage services. Today, video is sprinkled on mobile, cloud, and desktop. Putting the three together should result in better video story telling. "The more places we can connect and scan the more good things happen," Boiman said.

On the back-end, Magisto is powered by Amazon Web Services (AWS). Magisto uses traditional- and graphics-based processing instances to optimize and crunch pixels into characters. AWS is also used for analytics and determining styles and themes to be used in a video. Boiman didn't say it, but rest assured that there will be more computing needed to run through all of those desktop videos lying around.

The business model. Magisto deploys a freemium model with Premium and Pro subscription plans. The company also has a bevy of strategic partnerships. The plan levels are based on how much content is ingested. According to Boiman, users are essentially paying to have their videos edited. "For average users, video editing is too daunting," he said. "We think that giving users an opportunity to get everything you capture produced in a click is a game changer. It cuts the distance from archive to produce and changes user behavior. We can capture everything, but the question is why are we capturing everything." Boiman's bet is that Magisto's approach will only become more valuable. After all, action cams from GoPro aren't the end of the video content line. We'll be shooting videos from drones in no time. Here's a look at the pricing plans.

By Larry Dignan for Between the Lines | February 3, 2015 | Topic: Big Data Analytics