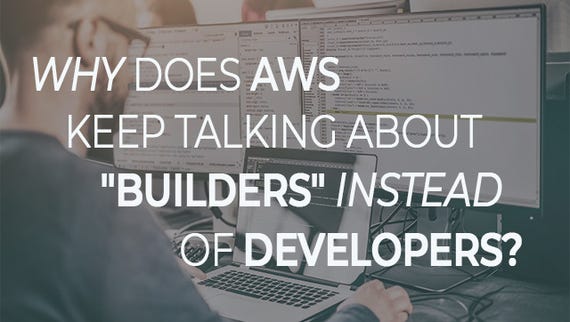 "These companies, he continued, "You know they are -- are really abusing the license and privilege [of open source], by not giving back to the community." The MariaDB database management system (DBMS), started as a MySQL fork. Today, with its heart still licensed under the GPLv2, Sanjeev Mohan, a Gartner Research Director, called MariaDB "the gold standard for enterprise open-source DBMSs."

Even as MariaDB grows by leaps and bounds in enterprise computing at Oracle's expense, Howard sees Oracle and Amazon fighting against it. "Oracle as the example of on-premise lock-in and Amazon being the example of cloud lock-in. You could interchange the names, you can honestly say now that Amazon should just be called Oracle Prime."

Howard isn't all that worried about Oracle. They've been competing against Oracle since day one. Ever since MariaDB built an Oracle compatibility layer, which includes Oracle Database data types, sequences and PL/SQL syntax, into its MariaDB Enterprise Server last May, MariaDB has been winning customers over from Oracle at an unprecedented rate. With it, Howard said, "Now, you can migrate complex operational Oracle systems to MariaDB. Last year, we had one of the largest banks -- Development Bank of Singapore -- in the world forklift from Oracle to MariaDB" Since then, MariaDB has seen five times the number of Oracle migrations happening over the last year."

In the first keynote, Austin Rutherford, MariaDB's VP of Customer Success, showed the result of a HammerDB benchmark on AWS EC2. HammerDB is the leading enterprise DBMS benchmarking and load testing program. In these tests, AWS's default MariaDB instances did poorly, while AWS homebrew Aurora, which is built on top of MySQL, consistently beat them. The top-performing DBMS of all was MariaDB Managed Services on AWS.

"My first reaction when I looked at the benchmarks," said Howard, was "maybe there's incompetence going on. Maybe they just don't know how to optimize a DBMS." He observed that one MariaDB customer, one of the biggest retail drug companies in the world,  had told MariaDB that "Amazon offers the most vanilla MariaDB around. There's nothing enterprise about it. We could just install MariaDB from source on EC2 and do as well."

He than "began to wonder, Is there something that they're deliberately crippling?" Howard wouldn't go so far as to say AWS is consciously doing a poor job of implementing its MariaDB instances. Howard did say, "And then it became clear that, however, you want to articulate this, there is something not kosher happening."

Howard doesn't have much against AWS promoting its own brands. "That's just merchandising. They're welcome to do that. I don't think it's the right thing to do. Right. But I'm not gonna I'm not going to be really super critical of that. Like, when you go into a pharmacy, they generally have sales on their own native things." But, if AWS's going out of its way to make a rival service look inferior to its own, well, Howard's not happy about that.

Of course, it's also quite possible that unoptimized generic MariaDB instance will simply lag behind AWS-optimized Aurora. That said, even in this most innocent take on the benchmark results, cloud customers would be wise to take into consideration that cloud instances of any specific software service may not be created equal.

Looking ahead, Oracle and Amazon regardless, Howard's sure MariaDB is coming out now not just as a MySQL clone but as a major business DBMS power. "We work with the biggest companies in the world. United Airlines uses MariaDB for every ticket. MariaDB is running that airline. Forty percent of Fortune 2000 companies already rely on MariaDB at a level that the NoSQL can only dream of. For performance, Oracle and DB2 are our only rivals."

Aurora? Howard sneered, "The best Aurora can do in a failover is 12 seconds. MariaDB can do it less than a second."

From where Howard stands, if you're not using MariaDB yet -- even if your company is tied to Oracle with licenses of steel -- you soon will be. "MariaDB is the heir apparent to Oracle."