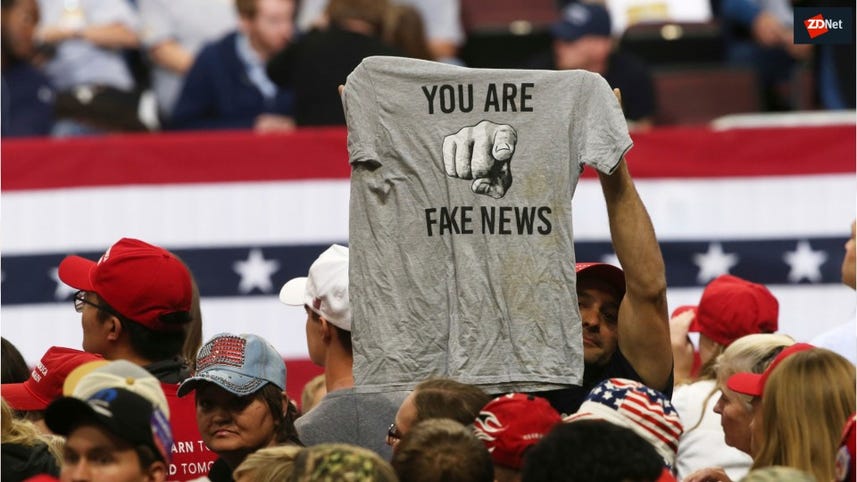 Hugh Son, at CNBC reported that in a note written to clients by J.P. Morgan Chase's top quant, Marko Kolanovic, blamed a media landscape that's a mix of real and fake news, which makes it easy for others to amplify negative news. The effects can be seen that, in spite of a booming economy and positive signals, the markets are reacting strongly to this mix of negative news.

"We trace the disconnect between negative sentiment and macroeconomic reality to the reinforcing feedback loop of real and fake negative news."

"If we add to this an increased number of algorithms that trade based on posts and headlines, the impact on price action and investor psychology can be significant," Kolanovic said.

High-speed trading algorithms scan news stories to try and quickly determine if there is any market-moving information that affects their portfolios. It doesn't give them much time to determine which news stories are real.

For example, a few years ago stock trading algorithms were buying Berkshire Hathaway stock because actress Anne Hathaway was in the news with a new movie. The algorithms have become more sophisticated, but even with exotic technologies such as artificial intelligence, they cannot reliably tell the difference between real and faked news. Mark Zuckerberg told US senators that it would be five years before AI-based algorithms could tell the difference.

The stock market trading algorithms have to work a lot faster than Facebook's newsfeed algorithms, so this means they will continue to be vulnerable to the wrong news analysis and lose money.

Fake news is not only a problem for democracy but also for Wall Street since the majority of stock trading is algorithm-based. And brands will lose billions in value as consumers lose trust. The winners will be nefarious third-parties who will use fake news to enrich themselves and protect themselves.

It is possible the new talent pool could be used to help tackle the spread of fake news.