Full Bio
Posted in Between the Lines on February 4, 2020 | Topic: Innovation 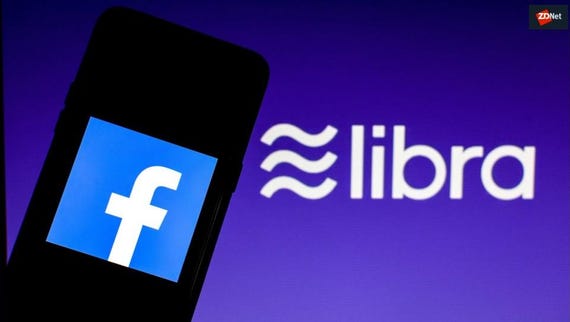 Facebook's Libra project was on shaky ground from the start and now Mastercard's chief executive has explained why the firm withdrew.

During its debut in June 2019, Facebook said the cryptocurrency-based scheme would see virtual coins become integrated with the social network's services, including Messenger and WhatsApp, and would eventually expand into third-party networks and e-commerce.

The Libra coin's underlying blockchain and digital wallet would be managed by a Facebook subsidiary, Calibra, and a consortium of financial and technology giants -- including Visa, Mastercard, PayPal, and Stripe -- were pegged as members of a consortium that would oversee and manage the system.

Libra was touted as a new cryptocurrency-based financial service that could cross borders and potentially become a new currency heavyweight.

However, the project's edges soon started to fray.

Critics wondered if a company such as Facebook, which has continually experienced data breaches and has come under fire for its stance on user privacy in the past, should be permitted to reach a hand into the financial lives of its users.

It wasn't long before the original backers of Libra began to reconsider their association. Visa, Mastercard, PayPal, and Stripe all withdrew last year.

Now, Mastercard CEO Ajay Banga has explained why. In an interview with the Financial Times, the chief executive said that while he liked the idea, there were concerns not only related to compliance, but also the overall business model.

After raising the issues of due diligence and compliance with local laws -- a tall order which would require extensive planning for a proposed, international currency -- Banga said that key members were reluctant to put anything in writing.

There was also the question of how Libra would make any money. Facebook may have cashed in by being able to potentially harvest and sell purchase data gleaned from users, but what about the other companies involved?

CNET: Here's what you need to know about Facebook's controversial Libra cryptocurrency

"When you don't understand how money gets made, it gets made in ways you don't like," Banga told the publication.

In addition, the CEO said that the rapid shift from Libra being marketed as an "altruistic" tool, suitable for those where obtaining bank accounts is difficult, for example, to being linked to the proprietary Calibra wallet raised alarm bells.

"I'm like: 'this doesn't sound right' [...] For financial inclusion, the government has got to pay you in this [currency], you've got to receive it as an instrument you can understand, and you have to be able to use it to buy rice and cycles," Banga explained. "If you get paid in Libra which go into Calibras, which go back into pounds to buy rice, I don't understand how that works."

A fully global, cryptocurrency-based financial network may not be tenable as an alternative to local, fiat currency in the future, but this does not mean that traditional banks are not evaluating the blockchain or virtual coins as potential future offerings.

Some US banks have begun accepting cryptocurrency payments and the Bank of England met with the Bank of Japan, the European Central Bank, and others last month to discuss whether cryptocurrency could be used to create a central bank digital currency (CBDC).