Mergers and acquisitions: Five ways tech can smooth the way

CIO Strategies: The tech team has a key role in making sure M&A plans go smoothly. Here are some pointers.
Written by Mark Samuels on Aug. 15, 2018 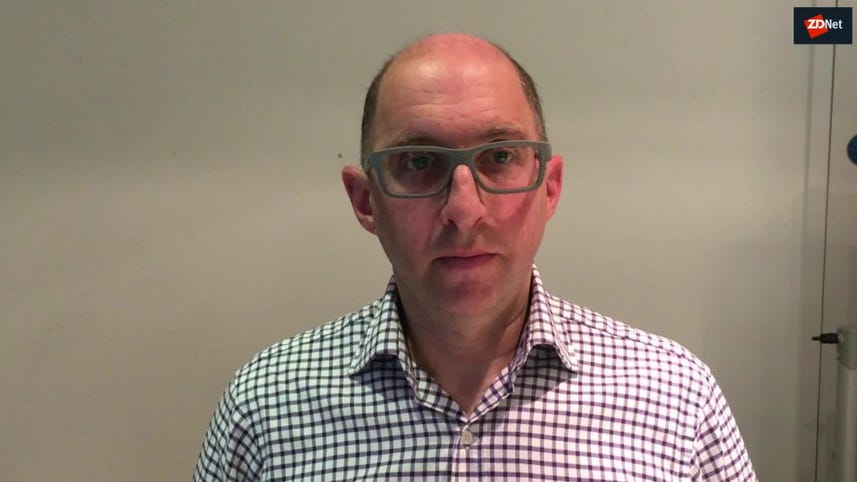 Money makers, not money pits: Five ways the role of CIO is changing for the better

Mergers and acquisitions (M&A) are an important tactic for many fast-growing businesses, and these deals will often have a big impact on the work of the CIO.

For Gideon Kay, European CIO at advertising and marketing specialist Dentsu Aegis Network, M&A activity is a way of life.

The company is headquartered in London and operates in 145 countries worldwide, employing more than 40,000 people, and regularly acquires firms to broaden its expertise across a range of products and services.

The firm completed more than 40 deals in 2016, over 30 in 2017, and Kay expects similar activity this year. Acquisitions can vary from a 50-person e-commerce consultancy through to a 3,000-person data business.

Along with the regional head of legal, the European CFO and the European HR director, Kay meets with the Dentsu Aegis' M&A deal team every month and investigates the acquisition pipeline. The process provides a view across deals that might be 18 months out; what matters, says Kay, is the visibility afforded to the IT team.

"When I hear complaints of other CIOs about M&A processes, it's typically that they get a knock on the door to say another business is about to be bought and IT needs to get involved," says Kay, who advises CIO peers to get involved in the M&A process at an early stage.

"We don't get left out here -- and that's fantastic. I get to sit in a meeting every month where we discuss the companies in each of my markets that we're engaging with and the firms we're looking to buy. I have 100 per cent visibility from day zero. And that's the key to success."

Integrating capability for the benefit of everyone

Deal visibility, however, is just a starting point. Integrating companies with a range of systems represents a big challenge. To manage this, Dentsu Aegis has developed a strong organisational model that provides a clear understanding of both the M&A pipeline and the roadmap for integration.

"We have a large team globally who are marking the timeline for these deals on a regional basis," he says. "I then have a small, core team of project managers who are dedicated to M&A in Europe. They're focused on shepherding those deals through the system. They co-ordinate the process and make sure everything's moving."

This team ensures information on the integration process -- including conversations with third parties, such as technology providers -- is fed into the business' M&A committee that approves mergers. Kay says most of the firm's M&A deals are focused on firms with a major presence in a single country.

His trusted team -- regional IT directors and country IT managers -- are given responsibility for due diligence and system integration at the ground level. Kay takes an overarching view across this regional activity.

"We've got a model but, as usual, you're dealing with human beings," he says, referring to the challenges of integration.

"If you strip everything else away, the biggest challenge you always encounter is the cultural and political issue of how a global business overlaps with a 100-person startup that has tended to act in an agile way for a significant amount of time. We need to close that loop -- and that's the key complexity we face."

Kay has established clear integration rules. His M&A team gives the acquired firm a timetable of technical deadlines that need to be meet. The team creates an integration roadmap, which typically starts with network integration, and is followed by work on email, collaboration systems and intranet access, and -- finally -- adherence to Dentsu Aegis' service standards.

The M&A team might, as part of this integration process, move the acquired firm's servers into the Dentsu Aegis infrastructure environment. This infrastructure is mainly on premise right now but is moving rapidly to the cloud. Kays says application rationalisation and consolidation takes place where necessary.

"We have a roadmap and we're constantly thinking about how we can make integration quicker. The clear majority of businesses that we buy are entrepreneurial and owner-managed organisations that employ between 100 and 150 people. They're young and quite cloud-heavy," he says.

"The challenge is how we bring those firms into our network and then deliver the security and compliance that's needed. We also need to ensure these firms still have the entrepreneurial agility and flexibility that they need. So, the sooner we enact integration, the sooner both parties can realise the benefits."

Five ways to make a success of M&A

Dentsu Aegis continues to expand its business portfolio. These acquisitions mean Kay remains focused on integration efforts. While his team works to hone its M&A approach, Kay believes other CIOs struggle when it comes to establishing an integration model.

"It's a fascinating topic but there isn't much written about it," he says. "When I look for stuff that educates or inspires me, it's very hard to find things on this topic. I've been to dinner after dinner with CIOs to talk about M&A -- and when you look around the room, 90 percent of the people have never done it before."

Kay has five best-practice lessons for other IT leaders. First, when projects are tough, Kay says nothing beats going to see people. "Don't try and do everything remotely -- press the flesh so you can go and understand the set-up of the business you're acquiring," he says.

Second, make sure the IT services you will provide to the newly acquired firm are well understood, well priced and justifiable. "Then you avoid contention around the detail of the IT services they'll be paying for," he says. "That's always emotive - so, be honest. Show them the benefits of the rechargeable services you'll be providing."

Third, be clear about the security challenges, particularly given the stringent demands of the General Data Protection Regulation. "Understand what compliance means and why you have to achieve its aims as part of an integrated organisation," he says.

Fourth, your firm might well have integrated other firms before, so find and use mentors. "Being able to point to other individuals who have already joined the group relatively recently will illustrate the benefits of the merged business," he says.

CIO Strategies: Making the right hardware choices is vital for morale and efficiency.

Wimbledon: How AI, chatbots and big data help serve up a winning experience

How Wimbledon uses cutting edge tech to make sure fans get the most out of the tennis tournament.

IT strategy: How to talk to the boss about your great ideas

CIO strategies: How should CIOs keep CEOs briefed about developments in technology?

Sprint, looking ahead to merger with T-Mobile, adds customers (CNET)

But its profit fell amid higher costs to nab those new subscribers.