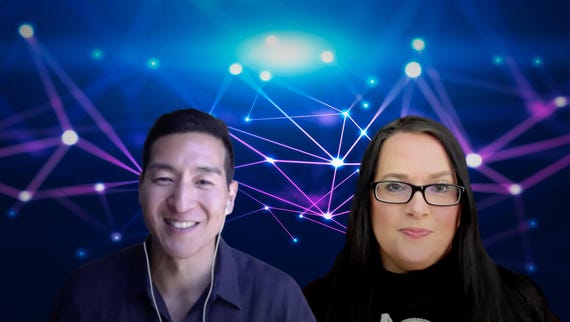 The business and effects of biohacking
Watch Now

The state of Michigan has introduced a bill designed to prevent employers from forcing their staff to accept microchip implants.

It might seem that the prospect of a company demanding that workers accept a tracking chip under the skin is something more suited to an episode of Black Mirror than our current reality, but the concern that this will become a common scenario in future workplaces is prevalent enough that the Michigan House is aiming to proactively stop such practices from gaining a foothold.

Known as biohacking, the merge of technology and human physiology for the sake of augmentation or improvement has grown as a movement in recent years.

While the term can apply to nothing more than safe ways to improve your physical or mental wellbeing, in more extreme scenarios, it can also be used to describe implants that monitor your vitals, chemical injections, advanced hearing aids, and bionic eye implants.

In relation to biohacks, Tesla founder Elon Musk has said in the past that the human race needs to become cyborgs in order to enhance our natural capabilities and remain relevant in the future world of AI.

However, on the worker's front, the adoption of RFID-based chips able to track and monitor employees -- and their productivity -- is a more present concern.

As reported by ABC News, the bill, accepted Wednesday and due to head to the State Senate to be considered and potentially passed into law, prevents employers from mandating that staff must accept a microchip implant.

These chips, roughly the size of a grain of rice, are based on radio-frequency identification (RFID) technology and once inserted in the skin between a thumb and forefinger, can replace mobile applications and services we commonly use today. In the workplace, this could apply to ID checks, timecards, security checks, payments, and building access control.

However, there is concern that moving these applications from device to skin could compromise individual rights to privacy -- in or out of the office.

The "Microchip Protection Act," registered as House Bill 5672, was sponsored by Rep. Bronna Kahle who says that it is important for "Michigan job providers [to] balance the interests of the company with their employees' expectations of privacy."

"Microchipping has been brought up in many conversations as companies across the country are exploring cost-effective ways to increase workplace efficiency," Kahle commented. "While these miniature devices are on the rise, so are the calls of workers to have their privacy protected."

The trend is not widespread yet, but according to Kahle, many companies may end up exploring the possibilities of implants in the near future.

A business in Wisconsin, 32M, previously made the headlines for holding a "chip party" to implant roughly half of its workers with RFID chips for use in opening doors, purchasing food at the workplace cafeteria, and to log into computers.

The firm's microchipping party was voluntary. This does not mean, however, that consent would always be required by companies in the future unless legally enforced.

"Despite this type of technology not quite making its way into our state yet, I wouldn't be surprised if it becomes a standard business practice statewide within the next few years," Kahle commented. "We should absolutely take every step possible to get ahead of these devices."