Full Bio
Posted in Between the Lines on April 20, 2018 | Topic: Innovation 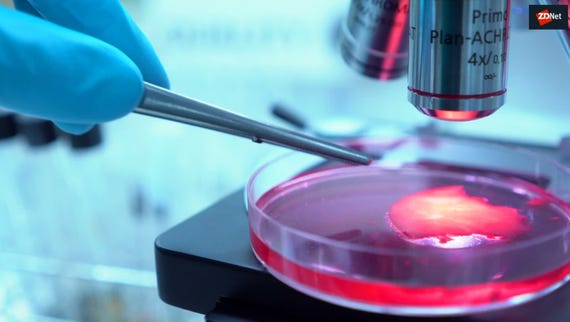 What if your tattoos could alert you to dangerous chemical changes in the body?

This is a question scientists from the Switzerland-based ETH Zurich's Department of Biosystems Science and Engineering have been pondering, and the results of a new research project have answered the question: engineered cells can act as "tattoos" which may alert wearers at the early stages of dangerous diseases.

Published on Wednesday in the academic journal Science Translational Medicine, as reported by Science Mag, the team used cell engineering to develop a sensor which detects hypercalcemia.

Hypercalcemia relates to increased levels of calcium in the body and at dangerous levels, may point towards various forms of cancer, in addition to other diseases.

Led by Dr. Aizhan Tastanova, the team developed an implant which consists of bioengineered cells able to detect calcium. When calcium in sustained and high enough levels is detected, the cells constrict, producing melanin.

This can be seen on the surface of the skin as a dark mark, in the same manner as an ink-based tattoo.

The cell "tattoos" have been tested in pig skin out of a living subject -- ex vivo -- as well as in living mice with hypercalcemic breast and colon cancer tumors. A control group, in comparison, was also given the tattoos but were inoculated with tumor cells which were not calcium-related.

It was hoped the cells would perform their function by only reacting in the mice with hypercalcemia, rather than react in the test subjects with tumors that do not impact calcium levels in the blood.

The bioengineered cells were a success and showed up as a tattoo on the skin of the mice with elevated calcium levels while remaining dormant in the control group.

By detecting long-term blood calcium concentrations and by being able to quickly hone in on early onset hypercalcemia, the sensor-laden cells could pave the way for improved early diagnostic medicine in the future.

The researchers say that the biomedical tattoo could one day potentially be used to not only detect certain diseases and medical issues but could also be used to "noninvasively monitor response to treatment."

Earlier this month, engineers from the University of California San Diego revealed another skin-based research project which could impact our health.

The researchers have developed a self-powering chip which sits under the surface of the skin. The chip contains a number of sensors which can monitor alcohol intake and blood levels in the host body, which could be useful in rehabilitation environments.

Join Discussion for: These tattoos only become visible when detecting...