Full Bio
Posted in All About Microsoft on April 1, 2021 | Topic: Cloud 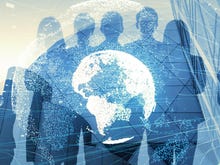 A number of users are reporting that pretty much any and all Microsoft services hosted on Azure are down, the evening of April 1. The @AzureSupport and @MSFT365Status accounts on Twitter are both acknowledging the problem and are pointing many users to non-working alternate status pages as of 5:45 p.m. ET.

Users are reporting the Azure Portal, Azure Services, Dynamics 365, Xbox Live and a host of other services cannot be reached. Bing.com is down. Interestingly, my Exchange email is up at this point, but that may be because Microsoft has not finished porting Exchange to Azure.

It's unclear which countries and regions ar being affected at this time, as Microsoft's suggested alternate Azure status page is showing green check marks -- in spite of a header stating "An emerging issue is being investigated. We will provide an update with additional details shortly." (Thanks to Daniel Fajardo Valenti on Twitter for the screen capture of that alternate page.)

At 6 p.m. ET, the MSFT365Status account posted: ""We're investigating a potential DNS issue and are evaluating our mitigation options."

Update: At 6:30 p.m. ET, the Azure status page was up (for me, anyway). This is a worldwide outage. Microsoft's status message is saying "a subset" of  users may experience "intermittent issues" with Microsoft services.

Update (6:35 p.m. ET): The MSFT365Status account is reporting that things may be recovering: "Microsoft rerouted traffic to our resilient DNS capabilities and are seeing improvement in service availability. We are continuing to investigate the cause of the DNS issue. The next update will be provided in 60 minutes or as events warrant."

Update (10:37 p.m. ET):  The MSFT365Status account  reports that the issue is resolved.  "We've successfully resolved the issue that was causing residual impact for SharePoint Online and we've confirmed that all Microsoft 365 services have returned to a healthy state."

I've seen a couple of users say that today isn't the first time this week that Microsoft cloud services have been struggling. Microsoft customer Long Zheng noted: "This Azure DNS issue didn't start today. I've seen random DNS resolution failures to App Services and Cloud Services since a couple of days ago which clearly escalated. I'm surprised Azure engineers don't have some internal metrics that could have caught this earlier.

Update (April 2): The preliminary root cause analysis posted on the Azure Status History page says: ""We are continuing to investigate the underlying cause for the DNS outage but we have observed that Microsoft DNS servers saw a spike in DNS traffic." Hopefully more information to come when the final root cause analysis is posted.

Join Discussion for: Microsoft Cloud services were down for some...