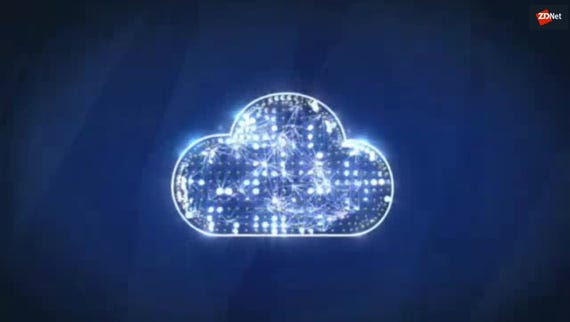 One storyline following earnings from Microsoft and Amazon revolved around pitting Azure vs. Amazon Web Services, but the comparison falls apart based on product portfolio.

Now we all know the tech industry loves its zero sum storylines, but don't get distracted. Microsoft said that its commercial cloud annual run rate is north of $20 billion now. AWS is on an annual run rate of $18 billion.

Microsoft doesn't disclose Azure revenue in its quarterly results, but has started to break out commercial cloud sales.

Jefferies analyst John DiFucci estimates that Azure by itself has an annual revenue run rate of $5.4 billion.

DiFucci wrote in a research note:

We believe the majority of Commercial Cloud is Office 365, a large part of which is not really a Cloud business. The Exchange, SharePoint, Lync, and OneDrive components of Office 365 are Cloud services, but the Productivity Suite that everyone has is very similar, if not exactly like Office on-premise (perhaps with automated updates on). As such, gross margins of this important part (if not the majority) of Office 365 are probably 90% or more - which means the gross margins of the rest are probably significantly lower than the reported 57%. We do not believe that Microsoft ever realizes the same margin profile as AWS at the same scale given operational and cultural differences.

My markup of Amazon's most recent quarter highlights the margin power. Amazon's profits come from AWS.

AWS is more infrastructure- and platform-as-service, but is moving up the stack with its own database. Cue the Oracle obsession with AWS.

In the future, Microsoft and AWS may be direct competitors, but today Microsoft is generally a software-as-a-service company with fast-growing IaaS.

Add it up and Microsoft's commercial cloud is more comparable to Oracle and Salesforce than AWS. Even Google Cloud, which is carried by G Suite, is a better comparison.

Google doesn't disclose much about its cloud business and the "other" revenue line is muddled by Google Play and hardware. Cisco, Google Cloud forge hybrid cloud partnership: Here's why they need each other | Without better partner skills, Google can't compete in the cloud

As for Oracle, its cloud revenue has an annual run rate of $5.87 billion as of its most recent quarter. In fiscal 2017, $3.21 billion of cloud revenue was software-as-a-service with platform- and infrastructure-as-a-service adding $1.36 billion for a total of $4.57 billion.

Salesforce doesn't dabble with infrastructure (it partners with AWS instead) so is purely SaaS. Wall Street is expecting fiscal 2018 (January) revenue of $10.4 billion.

Bottom line: Comparisons of the cloud vendors are increasingly tricky, but the AWS-Microsoft Azure duel may be among the hardest to read.