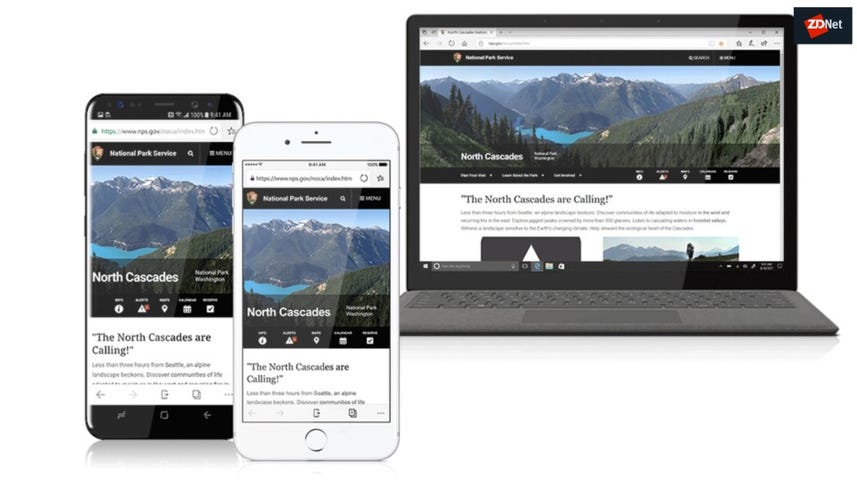 Just a week after coming out of preview, the Microsoft Edge app for Android has been downloaded at least a million times.

According to the Google Play Store, the Blink-based Microsoft Edge app has been downloaded between one million and five million times. The app has been available to testers for a while, but only reached preview in October before becoming generally available at the end of November.

The Microsoft Edge apps for iOS and Android aim to make Edge more appealing to use on Windows 10 by making it more convenient to sync the browsing experience across devices.

The app offers Microsoft's 'Continue on PC', which allows users to pass a site, app, photos, and files from a phone to a Windows 10 PC.

Microsoft has also added a roaming passwords feature that allows users to save a password on the phone, which carries across to the PC, as well as a dark theme.

It's likely to take a while for Edge app downloads to pass the five million milestone on Android, given that the app is only useful for the subset of Windows 10 users who actually use Edge on a PC.

While Windows 10 is now running over 500 million PCs, Edge currently only has a 3.6 percent share of desktops worldwide, according to NetMarketShare.

So anything Microsoft can do to boost appeal of Edge on the PC will be helpful in convincing more users to make the switch, either from Chrome or Internet Explorer 11.

It's also working to expand the number of Edge extensions, which over a year after Microsoft enabled them now numbers 80.