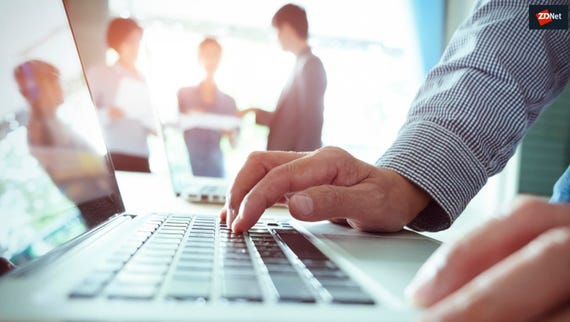 A Microsoft program manager has caused a stir on Twitter over the weekend by suggesting that Firefox-maker Mozilla should give up on its own rendering engine and move on with Chromium.

"Thought: It's time for @mozilla to get down from their philosophical ivory tower. The web is dominated by Chromium, if they really 'cared' about the web, they would be contributing instead of building a parallel universe that's used by less than five percent?" wrote Kenneth Auchenberg, who builds web developer tools for Microsoft's Visual Studio Code.

Auchenberg's post referred to Mozilla's response to Microsoft's announcement in December that it would scrap Edge's EdgeHTML rendering engine for Chromium's. The move will leave Firefox's Gecko engine as the only alternative to Chromium, which is used by Opera and dozens of other browsers.

Mozilla CEO Chris Beard said at the time Microsoft's decision will give Google more power to "single-handedly" determine how people use the web. Beard argued that Mozilla needed to compete with Google "because the health of the internet and online life depend on competition and choice".

If Chromium had near-monopoly market share, developers would only need to build their sites and apps to work with Chromium, he said, projecting a return to the pre-Firefox 2000s when Microsoft's Internet Explorer had a monopoly on browsers.

Few people agreed with Auchenberg, including engineers from both Mozilla and Chromium. Long-serving Mozillian Asa Dotzler was not impressed.

"Just because your employer gave up on its own people and technology doesn't mean that others should follow," Dotzler replied to Auchenberg.

Auchenberg clarified that he didn't want to see Mozilla vanish, but said it should reorganize into a research institution "instead of trying to to justify themselves with the 'protectors of the web' narrative".

Debate over Firefox's future turned to Google's 2013 decision to fork WebKit's WebCore to create Chrome's Blink rendering engine due to disagreements with between Google and contributors from Apple and elsewhere.

"I think you forget that Google started off WebKit with Chromium and eventually forked due to disagreements. They started from a common foundation. Didn't boil the ocean," Auchenberg wrote to Mozilla Firefox program manager Chris Peterson.

Peterson reckons it will be only a matter of time before Google and Microsoft clash over what patches to add to Chromium.

"Google, Apple, and Mozilla have different agendas. Eg, would Google accept patches from Apple or Mozilla to add tracking protection to Chromium? How long till Microsoft and Google disagree?" wrote Peterson.

Auchenberg laid out his thinking on the matter of Mozilla throwing in the towel on the browser market.

"As the complexity grows, you reach point where you 'have to' build on top of existing layers to be able to deliver the basis and to compete. This is where we are with the web platform today. Boiling the ocean and insisting on your own implementation is suicide," he explained.

He also disagreed with the idea that Chromium would dominate the web as Internet Explorer did because the former is open source.

Join Discussion for: Microsoft guy: Mozilla should give up on...