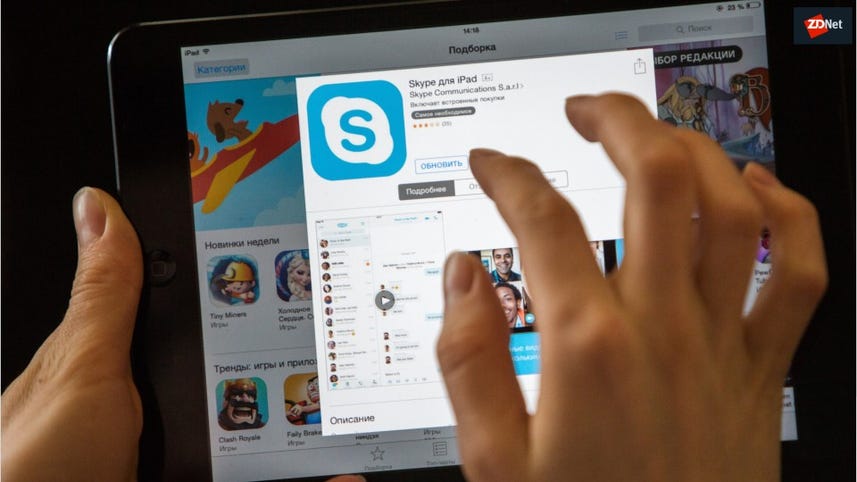 Microsoft is rolling out its AI assistant Cortana on Skype for iOS and Android, offering smart replies, and help to schedule events, set reminders, find restaurants, and look up movie reviews.

The addition of Cortana to Skype for mobile centers on the app's chat feature, similar to Allo with Google Assistant or Facebook Messenger's "M" assistant.

Microsoft is continuing to envision what the future of work should and might look like -- and new kinds of meetings and meeting spaces and smarter virtual assistants feature prominently.

Cortana on Skype will only roll out to Android and iOS Skype users in the US for now. Devices that get Cortana will see the assistant added to contacts in Skype. Cortana can be accessed from the address book and chat screen.

According to Microsoft, Cortana on Skype can suggest information based on the user's chats with friends, offering quick access to movie reviews and restaurants options mentioned. The idea is to to allow a chat to continue without having to switch between apps when organizing things to do.

Cortana also brings smart replies to the Skype app and can detect when a chat is about scheduling an event and things to do, automatically offering a shortcut to setting a reminder. The reminder will pop up on all devices with the Cortana app installed.

And since Cortana is now a contact, users can ask it about anything that's searchable on the web, such as favorite actors, weather forecasts, a flight's status, a stock quote or local restaurant tips.

If users don't find Cortana's suggestions helpful, Microsoft has added a thumbs down button for users to convey this. For now, Cortana does not work with voice and video calls.

Once Microsoft adds Cortana to Skype there'll be no way to remove it from the contacts list, however Cortana does need to be enabled in order to access the user's location and chats.

The addition of Cortana follows the recent overhaul of Skype on mobile that added chat bots, photo-sharing, and stickers to compete with Apple's iMessage, Facebook's Messenger and WhatsApp, and Snapchat.

Microsoft researchers see a future where Cortana is everywhere, from floors to speakers and conference rooms. Later this year Samsung-owned Harmon will also launch the Harmon Kardon smart speaker with Cortana and Skype inside. It will be sold through the Microsoft Store and retailers, but won't be available outside the US. According to Microsoft, Cortana is used by 145 million people.

Unifying incoming information from social media channels into a single repository of data can enable organizations to achieve better business results through analytics.

Microsoft may have just outed its pricing for the first standalone Cortana-powered speaker from Harman Kardon, which is due out this fall.

Read more about Skype and Cortana