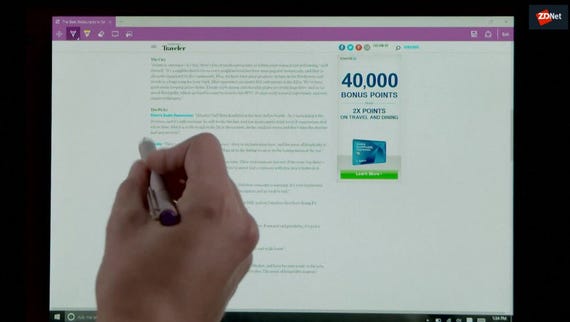 Microsoft plans to make its recently renamed Windows 10 Enterprise product available as a subscription for $7 per user per month, or $84 per year.

Microsoft took the wraps off the pricing of one of the two renamed versions of Windows 10 Enterprise at the company's Worldwide Partner Conference in Toronto on July 12.

Microsoft announced the renaming of Windows 10 Enterprise last week, and said the E3 and E5 versions will also be available as part of "Secure Productive Enterprise" bundles.

Microsoft told partners today they will be allowed to sell the Windows 10 E3 subscription through the Cloud Solution Provider channel starting this fall. Partners will be able to provide users with one contract, one view of their subscriptions and usage, one support contract, and one simplified bill for the new offering, according to Microsoft.

Microsoft didn't announce pricing or availability timing for Windows 10 E5 today. I've asked whether this version (the one with Windows Defender Advanced Threat Protection) also will be out this fall. No word back so far.

Officials also said today that users will be able to move from Windows 10 Pro to Windows 10 Enterprise without requiring a reboot. (I guess that migrate-without-boot capability is the mystery code that was part of recent Windows 10 Anniversary Update builds.)