It seems even Microsoft is getting sick of bloatware.

The software giant has built a tool designed to "refresh" systems with a new copy of Windows 10, which takes aim at preinstalled junk apps, the security flaw-ridden apps that come bundled with almost every new consumer PC. 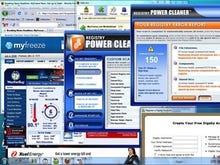 The tool was first released in May, but is now included as part of Microsoft's second "fast-ring" test build of Windows 10 Anniversary Update this week.

ZDNet's Mary Jo Foley has more on what's inside the new test build.

In an updated community page, Microsoft said the feature will reinstall a fresh copy of the operating system, which excludes necessary hardware drivers, as well as support applications -- known as "bloatware" or "crapware."

These preinstalled apps are often included on new notebooks, desktops, and even some Android devices. They're generally added by the device maker, and often embedded deep in the operating system, making them difficult for users to remove. Recently, a security firm discovered that every single PC maker installed bloatware that included at least one major security flaw, which could lead to device compromise or data theft.

Microsoft says its own line-up of Signature products are the "safest" devices, with claims on its website that device owners can "forget" about preinstalled bloatware. But the same security researchers found that these supposedly bloatware-free devices "also often included OEM update tools, potentially making their distribution larger than other OEM software."

Their report concluded that buying a Signature edition PC may be "beneficial," but users aren't guaranteed protection from flaws in OEM software.