A LinkedIn job posting has revealed some new details about how it's preparing Windows for new form factors and new devices.
Written by Liam Tung, Contributor on Aug. 14, 2018 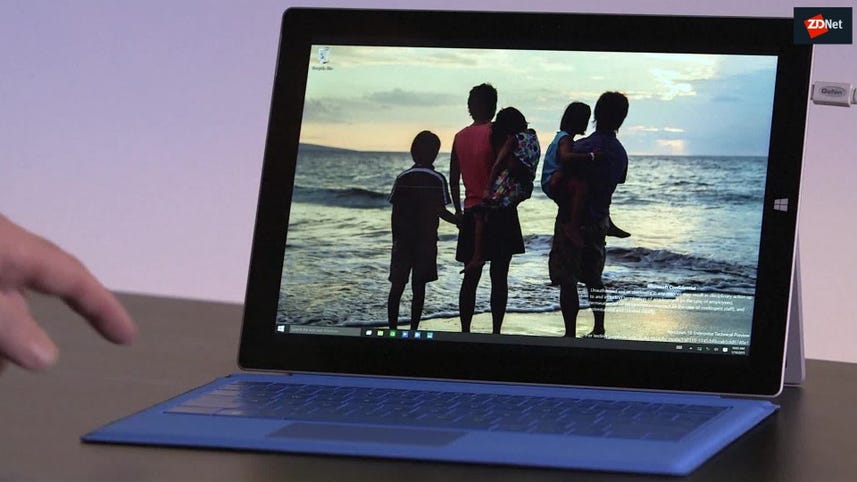 Microsoft's long rumored dual-screen Andromeda phone may never see the light of day, but the related "Windows Core OS" project or WCOS, is still underway, and according to a job vacancy posted on LinkedIn, it's all about Windows 10 devices and drivers.

The vacancy for a software engineering role based in Redmond, spotted by Windows Latest, sheds some light on what Microsoft's priorities are with WCOS.

ZDNet's authority on Microsoft, Mary Jo Foley, has been tracking WCOS and related initiatives like OneCore over the years and notes it is Redmond's attempt to create a common base for Windows on numerous platforms by modularizing the OS so it can work on phones, tablets, laptops and PCs, IoT devices and the HoloLens.

WCOS isn't meant to run Win32 apps, but rather focuses on Microsoft's Universal Windows Platform apps for IoT, mobile, PC, Xbox, Surface Hub and HoloLens. Microsoft's other projects, C-Shell, or composable shell, aim to create a common shell that works on WCOS, while Polaris appears to be a desktop Shell based on C-Shell that will run on WCOS.

All of these mystery projects, including WCOS, are aimed at OEMs and developers rather than end-users so Microsoft hasn't revealed much about them.

The LinkedIn-posted vacancy is for a development manager of Microsoft's Device Platform team who will "define what should be done in modernizing our existing windows driver ecosystem as well as creating new products using Windows Core OS".

As Microsoft recently noted, that driver ecosystem is complex and consists of 400,000 different drivers from hardware vendors that it needs to ensure mesh well with each new version of Windows 10.

The device platform team owns WCOS, delivers the tools to create and validate drivers for all versions of Windows, and ensures Windows remains attractive to silicon maker partners and OEMs.

The development manager will head up a group of over 50 people who are organized into six core teams, including Devices and Drivers (DnD), Driver Developer Experience (DDX), OneCore, Hardware Lab Kit (HLK), Differentiated Devices co-engineering (DDC), and the Qualcomm co-engineering (QCC).

Descriptions of the teams primarily show that Microsoft is prioritizing aspects of Windows 10 development internally to ensure it is quickly adopted on new form factors, such as the dual-screen laptops Intel and Lenovo recently showed off, and other platforms, such as its ongoing Qualcomm Always Connected partnership for Windows 10 on Arm-based Snapdragon notebooks from HP and Lenovo.

Productivity
Launch your IT career with over 225 hours of training on Microsoft 365, Windows & Azure