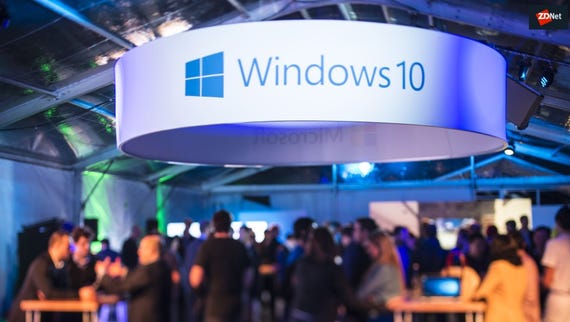 Planning a Windows upgrade used to be a huge project, which would consume vast amounts of time and effort. First the strategic decisions: what's the right amount of time to wait after the new version is launched before starting the upgrade? Too early and you'd be waiting for Microsoft to iron out the bugs. Too late and you'll have missed the benefits and might as well skip the entire release.

Then the really complicated stuff. Would old PCs still work with the new release? What about all those old applications and drivers? Would the board sign off on the cost of the upgrade and the overtime to get it done? Would the users revolt against the new look when they turned on their PCs on that first Monday morning?

Microsoft used to leave about three years between Windows releases (Vista in 2006, Windows 7 in 2009, Windows 8 in 2012, and Windows 10 in 2015). If that model still applied, organisations would now be starting to think about whether they want to upgrade to Windows 11 -- or not.

But there is no Windows 11. Indeed, it could well be that in another three years we'll still be talking about Windows 10 -- unless Microsoft decides to come up with a new way of naming what's now an operating system as a service. Updates are delivered on a rolling basis rather than as a wholesale upgrade.

On the plus side, that means -- for those companies that have already moved to Windows 10 -- there is for the first time no huge and thankless Windows upgrade on the horizon (although that joy still awaits the many who haven't made the leap from Windows 7 yet).

But instead of a painful big-bang upgrade every three years or so, the move to Windows as a Service means that IT administrators have to deal with a regular stream of updates instead.

So far that has meant a major Windows 10 feature update every six months or so (there's one due on September or October -- Redstone 5). There are also monthly quality updates (a.k.a. Patch Tuesday) that aim to fix bugs, plus 'out-of-band' releases for serious bugs and 'C' and 'D' releases which are then wrapped up into the next Patch Tuesday.

Confused? You're not alone -- Microsoft does offer a good summary if you are interested.

But now, some of the administrators who have to install and manage these patches for businesses are complaining that the quality of these patches is causing them headaches. So have companies swapped the infrequent agony of a big bang upgrade for the ongoing pain that comes with installing an unending series of patches?

"We want Microsoft software to be such that we can indeed install all updates and patches immediately without reservation. As it stands right now, we do not trust the software and the patching quality enough to do so," said one user group in an open letter to Microsoft's management.

Microsoft for its part says the patching strategy is simple and predictable. And for sure, it continues to make progress, like using AI to stop your PC going into a prolonged upgrade just as you stepped away for coffee.

But there is still more to do, and Microsoft should make sure that the patches it's churning out are well tested and don't cause problems for organisations deploying them.

One consequence of the move to Windows as a Service is that it becomes much harder to not accept Microsoft's updates (it's all but impossible for a consumer, and businesses can only put them off for so long).

That means businesses and consumers must have faith in the direction that Microsoft is taking, and trust that it can deliver the right level of quality, too.

For many there are clear advantages of the move to Windows as a Service. Microsoft benefits because it won't have to support so many different versions of Windows. For users, major and minor new features arrive on a regular basis without them having to do much at all.

Those huge lift-and-shift projects are now a thing of the past, and few would want to see them return. That's why ensuring that the evolution of Windows as a Service is as smooth as possible is in everyone's interest.

Join Discussion for: ​Windows 10: Swapping the big bang for the...