Full Bio
Posted in All About Microsoft on February 7, 2019 | Topic: Cloud 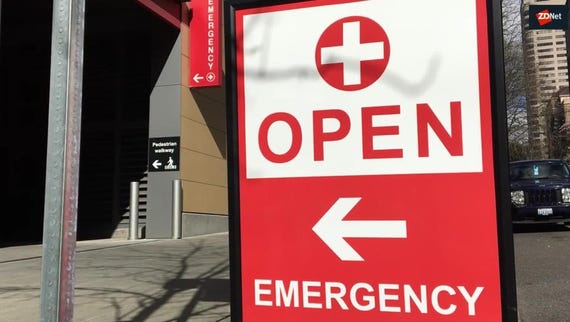 Microsoft is showing off some of the new healthcare tools and capabilities it will be showcasing next week at the annual Health Information Management Systems Society (HIMSS) conference. The company is making generally available its Healthcare Bot Service; adding more healthcare-specific features to Teams; and adding new health-record integration capabilities to Azure and Teams.

Last month, Microsoft announced new Teams group-chat features it was adding to the mobile version aimed at healthcare workers, among other types of firstline workers, including new secure messaging and smart camera technologies. Microsoft is going to add priority notification alerts for urgent messages and message delegation to the list of features that will be suited for hospital operations. Priority notifications is in private preview and message delegation is "coming soon."

The Azure application programming interface for FHIR, or Fast Healthcare Interoperability Resource, will allow the exchange and management of data in the FHIR format. Microsoft is providing the API, as well as a related managed platform-as-a-service (PaaS) for bringing the relevant data to the cloud in a secure way. Microsoft officials also said that users will be able to integrate FHIR-enabled electronic health-record data with Teams via partnerships with providers including Dapasoft, Datica, Infor/Cloverlealf, Kno2 and Redox.


Microsoft made its initial foray into healthcare over a decade ago, but ended up retrenching and selling off most of the health assets it originally acquired. A couple of years ago, Microsoft announced it was creating a new healthcare-focused research unit, Healthcare NExT.  Healthcare is one of Microsoft's highest priority verticals, as it's a growing and pervasive market.