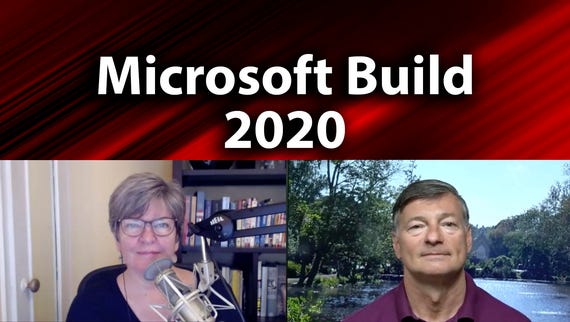 The slew of new capabilities for Teams has been revealed at Microsoft's online-only Build 2020 conference. Teams has experienced massive growth due to remote working during the coronavirus pandemic, with daily active users rising from 44 million in March to 75 million in April.

Skype for Business might be on its way out, but Microsoft is bringing in Skype technology to improve Teams for broadcast events by way of Skype TX, Microsoft's solution for broadcasters, combined with Network Device Interface (NDI) support.

Microsoft says NDI for Teams will convert each participant's video into a discrete video source that can be used with OBS, Wirecast, XSplit, and StreamLabs for hosting professional broadcasts.

Microsoft will soon release Templates in Teams, which allows users to pick from multiple customizable templates when creating a new team.

Templates will roll out in the coming months and also allows IT pros to create custom templates to suit team structures common to different industries, such as healthcare, banking or event management.

Users can create their own team name, description and channel names from an initial batch of 12 templates from Microsoft, while Teams admins can create unique templates, or modify existing ones, and package relevant line-of-business apps into templates.

Microsoft Power Platform and its low-code Power Apps tool have also become integral to fleshing out Microsoft Teams capabilities. Users should be able to soon add apps from Power Apps to Teams with a single click. Microsoft has seen an uptick of Power Apps use in Teams due to remote working.

Microsoft has also made it easier to create and manage chatbots in Teams, while Power Virtual Agents now supports single sign-on (SSO) for simpler authentication when using Teams for the first time.

There are also new Power Automate business-process templates for Teams and the ability to share Power BI charts and reports in Teams via a Share to Teams button. Users can share these reports from the Power BI portal by typing in the team name the information should be shared with.

On the collaboration front, Microsoft is also building on its Fluid Framework with 'Fluid components' – such as tables, charts and task lists – for Outlook and Office.com. Data in these components is updated when hosted across Office apps, making them more alive compared with a static document.

The feature will be available as a preview for customers with a Microsoft 365 enterprise license in the next few months, starting with Targeted Release.