Microsoft Teams: Whiteboard is getting this huge makeover

Microsoft's Whiteboard has new features to help create ideas on Teams, the web and mobile.
Written by Liam Tung, Contributor on Sept. 29, 2021 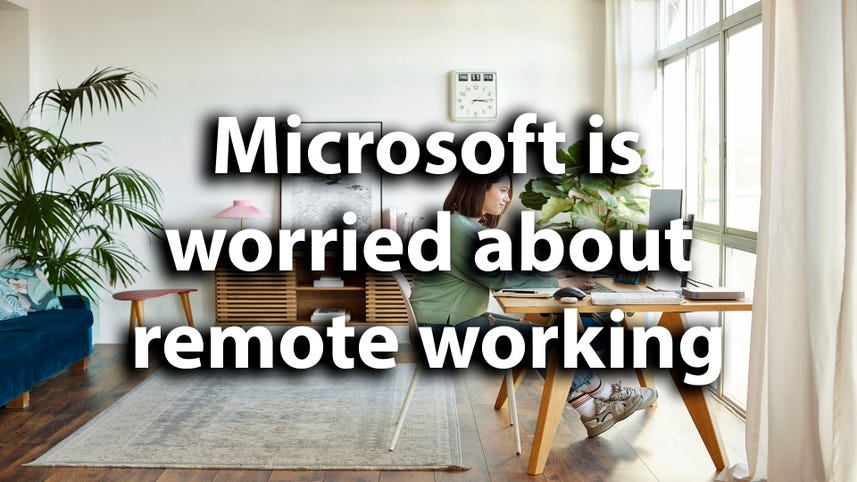 Microsoft's visual collaboration workspace, Whiteboard, just gained a host of new features to improve the space for creating ideas on Teams, the web and mobile.

Microsoft has been focusing on visual updates recently as it gears up core apps like Teams for hybrid work and revamps other desktop apps to align with the new look for Windows 11.

Whiteboard is one of the apps that's also getting treated to a user interface (UI) refresh. There are new features lined up for desktop, laptop and tablets, and separate updates that are available or coming soon to Android and iOS smartphones.

According to Microsoft, the desktop-tablet side of the updates now have a "clean, modern look" and easier-to-find functions, such as inking tools and menus for creating content. There's also an app bar on upper side of the canvas where users can access collaboration and properties for various boards.

For Whiteboard on mobile devices, Microsoft has opted to hide the creation panel and board controls due to the restricted screen size. Across form-factors, Microsoft has adopted larger, color-driven icons to suit mouse, touch, and pen input.

Whiteboard is one of the apps that requires a Microsoft account (such as Outlook) or a Microsoft 365 account. But it is supported on Windows 10, Surface Hub, iOS, and mainstream browsers, including Edge, Chrome, Firefox and Safari.

Templates in apps like Microsoft Word, PowerPoint and so on can be handy if they fit your purpose or project. Originally, Microsoft had templates for the categories of brainstorming, problem solving, design and research, strategy, project planning, games, retrospective, workshops, and learning.

Microsoft added 40 new templates that can be customized and span across existing categories, including the likes of "agile rituals" and "group projects."

It's also got 12 new sticky notes and note grids for Whiteboard to help make brainstorming sessions more effective by allowing users to organize things by color categories. You can also assign colors to different people to see who contributed an idea.

Note grids add structure to goal-oriented tasks like creating marketing plans, and notes can be given a title.

Microsoft has also added eight reactions so users can provide shortcut responses to show approval, applaud, love, pleasure or a flat-out 'no' with a 'cross' icon.

There are also new images that can be inserted to Whiteboard canvasses, and a new way to add shapes that, for example, show the flow of a decision-making process.

Whiteboard has gained 15 new pen and highlighter color options and a range of thicknesses for making content more engaging.

Microsoft has added "shape intelligence" to ink, a capability that recognizes a shape and straightens the lines to correctly represent what the user is attempting to convey. It can be used with a pen or mouse.

Haptic and other vibration feedback is coming to Surface Slim Pen 2 for those with the new premium-end 13-inch screen Surface Pro 8 on Windows 11.

Pens, highlighters, and laser pointers all gain a "continuous vibration as you move your pen across the canvas, giving you a more natural inking experience".

There are also new tools for formatting the background and aligning objects as well as tools to rearrange the layering of drawn images.

In October, Microsoft will improve how it updates new features to make the experience on its native apps consistent across all devices, operating systems and platforms. This consistent update for Whiteboard will first hit Windows and iOS.

"This update will happen automatically and will provide you with all the new Whiteboard features from templates, shapes and reactions, to inking improvements, and more," Microsoft notes.

For businesses, Microsoft notes that Whiteboard is being rebuilt on top of OneDrive for Business to integrate better with Microsoft 365 Office documents. This may have implications for some businesses using Whiteboard if they've previously used Azure to store whiteboards.

Users will be able to search and find whiteboards in OneDrive for Business. A benefit here is that a backup for deleted whiteboards will be available in a recycle bin.

Not all of these business features will be immediately available unless the business chooses to use OneDrive for Business.

Microsoft explains in a separate support document that Whiteboard on top of OneDrive for Business "will become the default in starting in January 2022."