Microsoft researchers reveal an apparatus for automating the storage and retrieval of data stored in DNA.
Written by Liam Tung, Contributor on March 22, 2019 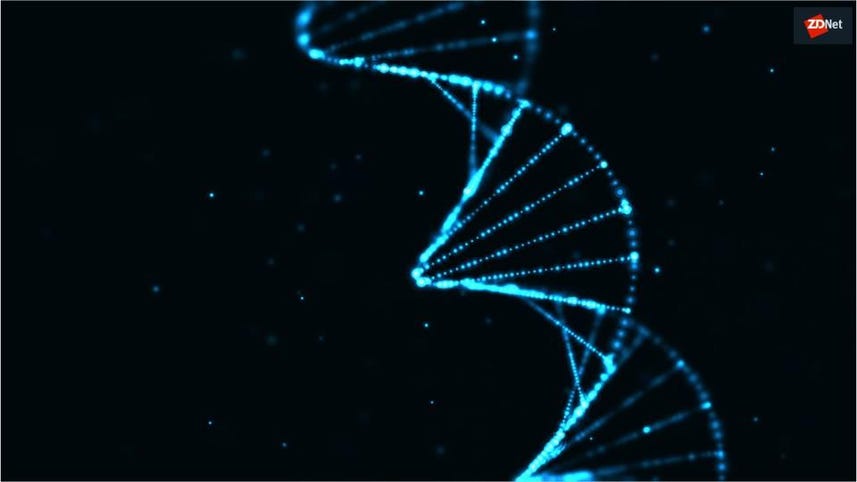 Microsoft has unveiled an automated DNA storage and retrieval system that could one day replace optical-storage systems like Facebook's Blue-ray disc-based cold storage.

Microsoft believes synthetic DNA could be the next big leap in long-term data storage, with just one gram of DNA capable of storing 215 petabytes of data for up to 2,000 years. If it pans out, the technology could significantly reduce the space required to store the world's growing data.

Researchers at Microsoft and the late Microsoft founder Paul Allen's school of computing science at the University of Washington has built a system of liquids, tubes, syringes, and electronics around a benchtop to deliver the world's first automated DNA storage device.

Using the proof-of-concept DNA storage device, the researchers demonstrated its write and read capabilities by encoding the word 'hello' in snippets of DNA and converting it back to data.

The bench-top unit cost around $10,000 but the researchers believe it could be built in low-volumes for a third of the cost by cutting out sensors and actuators.

The unit, described in Nature, consists of computers with encoding and decoding software that translate digital ones and zeros into DNA's four bases: A, C, T, G. There's also a DNA synthesis module and a DNA preparation and sequencing module, between which sits a vessel where DNA is stored.

"Our ultimate goal is to put a system into production that, to the end user, looks very much like any other cloud storage service – bits are sent to a data center and stored there and then they just appear when the customer wants them," said Strauss.

"To do that, we needed to prove that this is practical from an automation perspective."

Chris Takahashi, senior research scientist at the Paul G Allen School of Computer Science & Engineering, explains that while machines are already used for synthesizing and sequencing DNA, many of the steps are manual.

"You can't have a bunch of people running around a data center with pipettes – it's too prone to human error, it's too costly, and the footprint would be too large," Takahashi said.

More on Microsoft and DNA storage