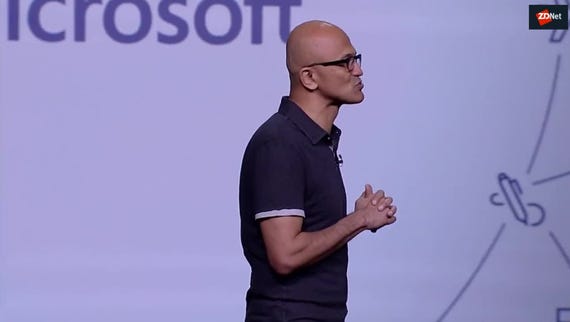 Microsoft has acquired Semantic Machines, an AI startup from Berkeley, California, that will now help the Redmond company accelerate its natural-language AI efforts.

The move follows Google's Duplex demo that wowed developers by phoning a hair salon to book an appointment, all apparently without the human on the receiving end of the call ever knowing she was talking to a machine.

Semantic Machines' team includes a number of former executives of Nuance Communications and engineers who worked on Siri and Google Now.

Microsoft says it will combine Semantic Machines with its own AI research to "take conversational computing to a new level", enabling chatbots to go beyond simple commands and queries to carrying on a full conversation using what Microsoft calls "full-duplex voice sense".

Microsoft in April claimed to have made a breakthrough on this front with its popular XiaoIce chatbot in China, which has had 30 billion conversations, averaging up to 30 minutes each, with 200 million users across platforms in China, Japan, the US, India, and Indonesia.

"With the acquisition of Semantic Machines, we will establish a conversational AI center of excellence in Berkeley to push forward the boundaries of what is possible in language interfaces," David Ku, chief technology officer of Microsoft AI & Research, wrote.

Microsoft didn't disclose the value of the acquisition. Semantic Machines was founded in 2014 and secured backing of $21m from Bain Capital Ventures and General Catalyst.

The company was working on machine-learning technology to enable bots to understand the meaning and context of a conversation, even as it moved in different directions.

The acquisition will give a boost to Microsoft's Cognitive Services and Azure Bot Service that collectively are used by 1.3 million developers, according to Microsoft.

Google Assistant auditions to be your personal digital twin via Duplex

Google's new Duplex AI sounds human, with stammers, pauses, and all. It could be a useful addition to Google Assistant or the harbinger of something much more dark and worrisome.

Microsoft is continuing its quest to try to make workers more productive via a variety of bots, including SwitchBot and Calendar.help.

Microsoft is testing Ruuh, another new AI chatbot, which is aimed specifically at the Indian market.

Join Discussion for: Microsoft vs Google: Expect bots to sound...