Microsoft accidentally leaked a website security certificate that, if used by an attacker, could open up Xbox users to impersonation attacks.

Buried away in Tuesday's monthly bumper roundup of security updates, the software giant warned in an advisory that the private keys to the xboxlive.com domain had been "inadvertently disclosed," but did not elaborate on exactly how it happened. 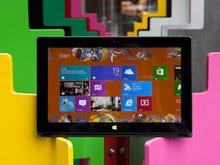 All Windows users should patch these critical security flaws in December's Patch Tuesday The company issued 12 bulletins fixing dozens of vulnerabilities in Windows, Windows Server, Internet Explorer, and Office, and other products.

The certificate can be

used by an attacker to impersonate the xboxlive.com domain

and carry out a so-called "man-in-the-middle" attacks, which allows the attacker to intercept the website's secure connection. This could trick Xbox users into handing over their username and password, potentially leading to further attacks on the user.

The good news is that the leaked certificate can't be used to generate new certificates, impersonate other domains, or sign code.

Microsoft said it wasn't aware of any attacks relating to the accidental leak, however.

The company has revoked trust in the certificate, which more often than not is an automatic process for all supported versions of Windows and users do not have to take any action.

As part of Tuesday's monthly set of updates, the company issued 12 bulletins fixing dozens of vulnerabilities in Windows, Windows Server, Internet Explorer, and Office, and other products.

One of the bigger issues, affecting all users of Windows, fixes a series of graphics memory corruption flaws, which can allow an attacker to install programs, view and delete data, and create new accounts with full user rights.

Another major vulnerability affects all supported versions of Internet Explorer, which can allow an attacker to to gain the same user rights as the current user.

Join Discussion for: Microsoft warns of possible attacks after...