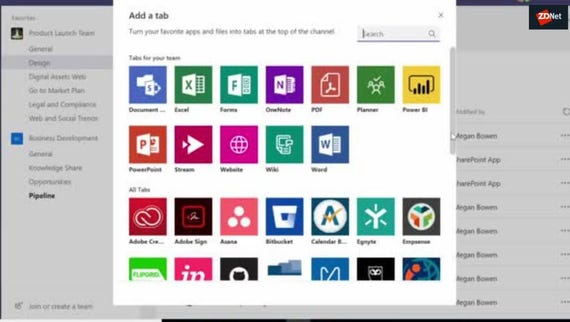 A fresh leak has revealed more details about what Microsoft may offer customers when it launches 'Cloud PC', a forthcoming Azure desktop service built on top of Windows Virtual Desktop.

As ZDNet's Mary Jo Foley reported in July, Microsoft is gearing up to release a virtualized Windows PC experience under the Cloud PC brand, offering customers a way to use their own machine as a type of thin client that can access a remote Windows desktop and use software like Microsoft Office.

In that report, Microsoft described Cloud PC as a "modern, elastic, cloud-based Windows experience [that] will allow organizations to stay current in a more simplistic and scalable manner". Microsoft plans to sell it as a managed Microsoft 365 experience at a flat per-user price. This is an important difference to existing Windows Virtual Desktop pricing, which revolves around Azure consumption.

The new details, found by Microsoft leaker WalkingCat, don't reveal anything about pricing.

While Microsoft hasn't confirmed the existence of Cloud PC, the web pages found by WalkingCat suggest Microsoft has developed a few core offerings and has codenamed Cloud PC 'Project Deschutes'. Also, Microsoft currently refers to the product as 'CloudPC' as well as 'Cloud PC.

According to the leak, Microsoft plans to sell Medium, Heavy, and Advanced subscriptions.

The Medium plan offers two virtual CPUs, 4GB of RAM, and 96GB of SSD storage, and is designed for "general-purpose optimized for cost and flexibility".

With the Heavy plan, users get two virtual CPUs, 8GB of RAM, and 96GB of SSD storage. It's for those with "advanced compute needs optimized for performance and speed".

At present the domains https://deschutes.microsoft.com and cloudpc.microsoft.com return an error but with the message 'Setting up your workspace – Check back later to see workspaces assigned to you'.

If you're signed in to a Microsoft account, there's a menu grid at the top left for access to Microsoft 365 services, including Outlook, Word, PowerPoint, SharePoint, and Teams.

To use Cloud PC, users need to install the Microsoft Remote Desktop app for Windows PCs, macOS, iOS and Android. On Windows, it's available for 64-bit, 32-bit and Windows on Arm64.

WalkingCat has also posted the welcome page for Cloud PC's 'My Workspaces' from the Microsoft Remote Desktop app. It promises to let users, "Access your work apps and program online, from any device". Cloud PC is expected to launch around spring 2021.