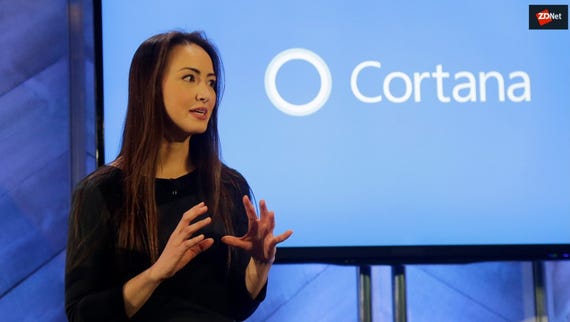 Can Cortana ever catch up? Microsoft digital assistant in search of a different proposition
Watch Now

Video: Can Cortana ever catch up?

This test build, number 17074, is a preview of what's coming in the feature update to Windows Server (known officially as the "Semi-Annual Channel" release) that is expected to begin rolling out around April 2018. Windows Server 1803 is the server-side complement to Windows 10 Redstone 4.

As Server users may recall, S2D didn't make it into Windows Server 1709, allegedly because it wasn't meeting quality standards; Microsoft is hoping to add it back to the coming 1803 release. Storage Spaces Direct spans Windows Server clusters and creates a bus via which the servers can see all of each other's local drives. S2D was introduced as a feature of Windows Server 2016 and described by Microsoft as "the foundation for our hyper-converged platform."

In preview build 17074, Microsoft removes the requirement for SCSI Enclosure Services in order for S2D to be compatible, which "unlocks a new breath of new hardware which was not capable of running S2D," says Microsoft's blog post. S2D also now supports Persistent (Storage Class) Memory and supports Direct-connect SATA devices to AHCI controller, also enabling users to run it on lower-cost hardware.

Cluster Shared Volumes (CSV) cache is enabled by default, which may boost VM performance dramatically, officials said. And Dedup support for S2D and ReFS is part of this test build, as well.

Microsoft warns testers that testing of the Windows core may fail because of a timeout while attempting to load the test libraries with this build.

Just a reminder: The Semi-Annual Channel builds are not meant to be mandatory feature pack updates to Windows Server. They are for users interested in getting new server features more quickly. Semi-Annual Channel updates are supported for 18 months each and released twice a year. Windows Server 2016 is in the Long-Term Servicing Channel (LTSC) and will continue to be supported for 10 years, with a new release out every two to three years.

How to protect Windows Server from Meltdown and Spectre

The headlines are all about how the Meltdown and Spectre security vulnerabilities will affect Windows PCs, but the real problems are how these bugs will impact servers and the cloud.