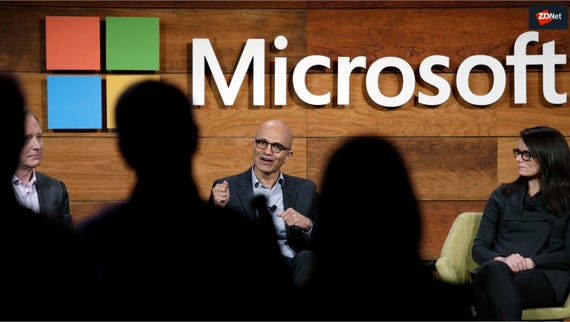 Video: Microsoft has a new look for Office 365 and Office.com apps

Like Windows 10 and Office 365, Microsoft's Dynamics 365 is moving to an twice-yearly feature update model.

Microsoft disclosed its plans around changing the way it updates Dynamics 365 on July 6 via a blog post.

Under the new plan, Dynamics 365 Online will start being updated as of this year so that its two major feature updates will hit in April and October -- basically the same time period when Windows 10 and Office 365 Pro Plus also get feature updates. Microsoft execs said the goal is to make these updates backwards-compatible and as seamless as possible, and any possibly disruptive new features will be turned off by default.

In addition, Microsoft is adding the ability for IT pros to validate these updates in a sandboxed environment, starting with the April 2019 update, officials said. And to help IT prepare for these updates, release notes will be published "months" prior to each update. For example, the release notes for the October 2018 Dynamics 365 update will be published on July 23 (which is during Microsoft's Business Applications Summit).

There is no mention in Microsoft's blog post about the possibility of deferring feature updates, which is something Windows 10 business users can do for a period of time. I've asked about this, but no word back so far. Today's blog post makes this appear unlikely, noting:

"Since every customer will be updated on the continuous delivery schedule, your organization needs to update to the latest version if you are running an older version of Dynamics 365."

Update (July 9): As expected, the answer is no on deferrals of the twice-annual feature updates. The full answer, delivered from a spokesperson:

"Our focus is on ensuring administrators will be able to first test before enabling updated features for their organization. With the Dynamics 365 (online) updates starting in April 2019, we will publish an update schedule for customers in advance so they can plan ahead and build in time to validate in their sandbox environment. Then customers can schedule the update in their production environment at their convenience within a prescribed time window. Outside of that window, updates will be automatically applied with any new major changes to the user experience turned off by default."

"We will continue to fully support older versions of Dynamics 365 applications until the timeframes mentioned above. Post those dates, we will only support the latest generally available version," officials said.

Dynamics 365 Business Central and Dynamics 365 for Talent already are on a continuous update cycle, so no changes will be required, officials said.