Microsoft's Windows 8: Now it's time for the caveats

Microsoft's Windows 8 made a splashy debut with developers, but there are multiple wild cards ahead.
Written by Larry Dignan, Contributor on Sept. 14, 2011

Microsoft's Windows 8 made its developer debut and not-so-surprisingly the reaction followed a familiar historical pattern of reaction. In the beginning it's "wow," "looks good," and "can't wait." Then there's the next phase, which includes questions about hardware, deliverables and wild cards. Finally, we get to the realization that Windows 8 is a year away and we're not quite sure how this adventure is going to play out.

Such is life when your development process is as public as you can get. Survey the tech chatter today and it's clear that the reaction to Windows 8 is somewhere between the second and final phases for this round of development.

In a nutshell, Windows 8 looks swell, but is far from complete. There are questions about how the Metro UI will ultimately go over with developers, Microsoft's grand plan to port Windows 8 to the ARM architecture and a big mystery about the hardware side of a Redmond-powered tablet.

Here's a look at the caveats about Windows 8 in order of importance.

The timing. As Ed Bott noted the other day, Microsoft is an odd duck that develops in public. This approach is easily mocked. Daring Fireball's John Gruber said that companies like Apple and Amazon would never preannounce something a year in advance and show off a work in progress warts and all. But that's how Microsoft rolls. The reality is that Windows 8 is probably a year away and that gives others a chance to garner a larger lead. In the PC market, the lead-in to Windows 8 will be the great pause before a sales pop. In the tablet market, a year is an eternity. Harry McCracken noted that the jury is anything but in on Windows 8. Wells Fargo analyst Jason Maynard said in a research note:

The company did not announce a final timeline for a Windows 8 launch; however, we expect a final version should be ready for holiday 2012.

CBS News' Charles Cooper was a bit more direct about the timing issue:

Give Microsoft's spinmeisters credit for a job well done. They got the desired headlines out of this week's big developer conference where Microsoft offered a long, detailed look at Windows 8. But the most important headline for applications makers - and ultimately consumers - still remains unwritten: When will the product really ship?

The tablet plan. Microsoft's Windows 8 looks like an easy play for the tablet. The problem is that Microsoft had to hand out a large somewhat clunky slate to developers with Windows 8 on it. The ideal: Hand out a Samsung Galaxy Tab with Windows 8 included. Instead, developers played with a 11.6 inch tablet with an Intel i5 and a PC spec sheet. We know that the slate approach flopped so Microsoft needed to go out of its way to put Windows 8---even if buggy at this early stage---on hardware that didn't scream "PC wannabe!" Beta News' Joe Wilcox seemed to like the hardware, but it's doubtful that he represents the target audience.

Also see: How will Windows 8 tablets stack up to the competition of the future?

Designed to blur the current distinction between a PC and a tablet, the Windows 8 tablet that was demo-ed (and provided to developers) has an 11.6 inch display (versus 9.7 for the iPad) and is also longer, thicker and heavier, though users didn't seem to mind right now. Like a PC and several Android tablets (and unlike iPad) it has several ports (HDMI, USB, microSD); it also had 4GB of RAM and a 64GB SSD drive which provides for instant-on. There was no word on battery life, though the hardware was also pre-beta. Only x86 mpu was demo-ed, though Microsoft indicated that ARM is on the same development schedule. 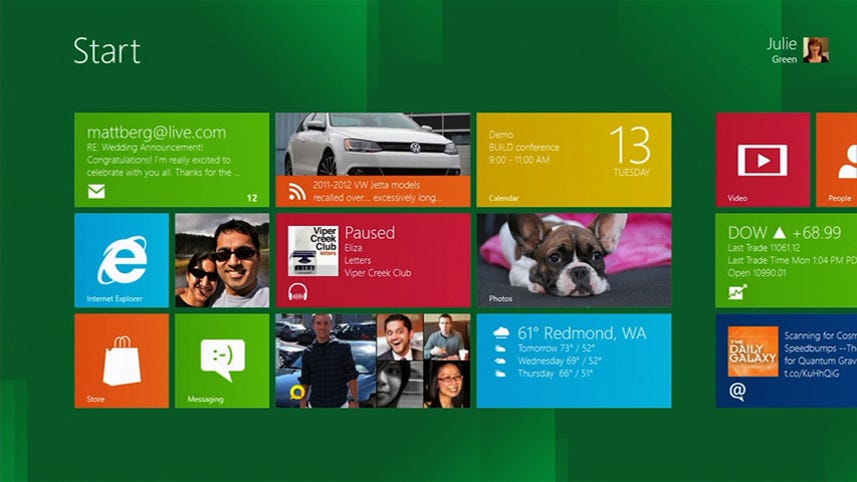 ARM port questions. Windows 8 development is running concurrently on x86 and ARM. At this point, the consensus seems to be pointing to x86 first as far as a final Windows 8 product. Windows 8 on ARM, however, is critical. Microsoft needs to get into the tablet game as soon as possible. Windows 8 on ARM can't wait until 2013 since Android will just improve and Apple may be on iPad 4 by then. As noted previously, there's a lot of pent up demand for a Microsoft Windows 8 tablet. I'm just not sure there's that much pent-up demand.

The Wintel meets post-PC era issue. Intel announced that Android will work with Atom chips going forward. Windows 8 will also play well. The big question is whether Wintel can do something more than act like a revved up netbook in a new form factor. The Wintel obits are premature, but so is the idea that Intel and Microsoft can navigate the post-PC era. The burden of proof sits with Microsoft and Intel. Also see: Great Debate: Is the post-PC era is reality or hype? 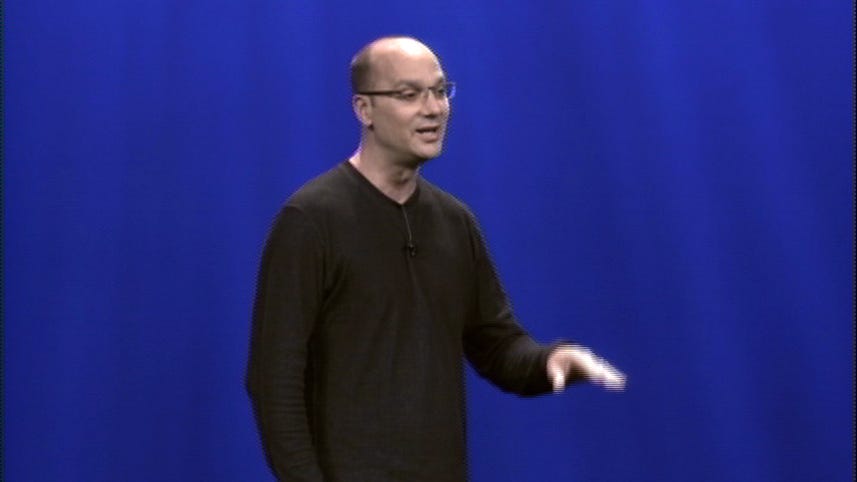 In the end, we've learned a lot about Windows 8 this week, but not nearly enough. This development in the public eye approach isn't easy.