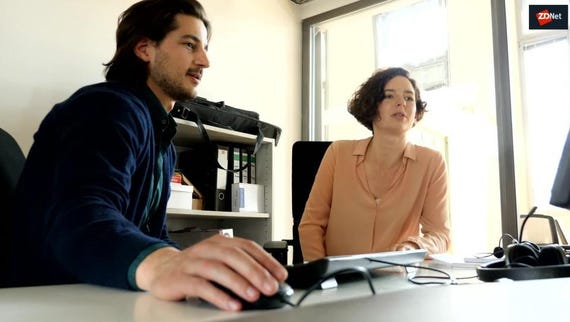 Microsoft has released version 0.9 of its open-source command-line tool, Windows Terminal, for developers who use Command Prompt, PowerShell, and the Windows 10 Windows Subsystem for Linux (WSL).

Version 0.9 marks the final preview version before Microsoft releases version 1, which should happen at some point in the first half of 2020. Terminal developers hope to have the command-line app feature complete before March.

Last month's update brought retro CRT screen effects to the application that Microsoft sees as the modern successor to the 30-year-old Windows Console. The company announced Terminal at Build 2019 last May and has been adding new features in monthly updates since its first preview in June last year.

This update brings new command-line arguments, such as the 'wt' execution alias. Users can now launch Terminal with new tabs and split panes, which open with preferred profiles and directories.

Terminal developers point out that the 'wt' design was "heavily inspired by that of the venerable and beloved GNU screen competitor" called tmux, a terminal for Unix-like systems.

A full list of available wt command-line options is available on GitHub.

This release also has some goodies for PowerShell Core fans, with Terminal now automatically finding PowerShells on a system.

"The PowerShell version we think looks best (starting from highest version number, to the most GA version, to the best-packaged version) will be named as 'PowerShell' and will take the original PowerShell Core slot in the dropdown."

The last major feature update is the option to close all tabs at once without being asked to confirm. This comes by way of a new global setting that allows users to always hide the 'Close All Tabs' confirmation dialog.

To do this, Terminal users can set 'confirmCloseAllTabs' to true at the top of their profiles.json file.

Join Discussion for: Microsoft's Windows Terminal: This is the...