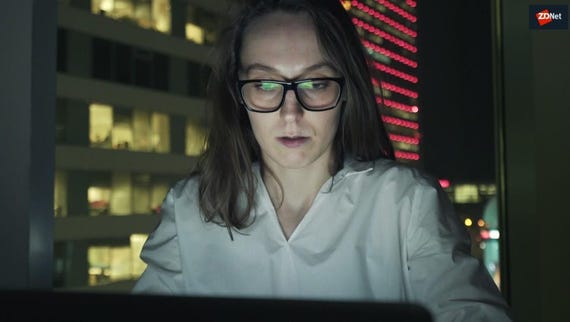 Businesses and societies around the world have been hit hard by the COVID-19 coronavirus pandemic. But what has been the specific impact on tech use and adoption in a region as diverse as the Middle East?

For some, it's been an opportunity to innovate. For example, in Egypt, 3D printing has been pioneered in the battle to equip doctors and other health workers with personal protective equipment, or PPE.

Giza Systems Education Foundation (GSEF) announced, via its Facebook page, in early May that it had already provided 27,000 protective face shields to doctors and hospitals across Egypt.

In late-April, it told AFP that around 2,000 face shields a day are being distributed to medics nationwide, through partnerships with around 25 public and private hospitals.

Elsewhere, technology is being harnessed in myriad ways; from the use of blockchain to track the distribution of food and medicine in Bahrain, through to plans for a virtual hospital in UAE, and deployment of a police robot in Tunisia to help enforce a lockdown in the nation's capital, Tunis.

However, alongside these eye-catching initiatives, what other consequences and tech developments can be seen across the region?

One of the most high-profile impacts of COVID-19 has been the delay of Expo 2020 Dubai, a global innovation fair that promises to put technology at its heart.

The event, as ZDNet previously reported, is expected to attract 25 million visits, with 70% of visitors coming from outside the UAE. It will now be held from 1 October 2021 to 31 March 2022.

Another big-ticket event for the region, the FIFA 2022 World Cup, is still projected to take place in Qatar as planned.

In other petro-chemical dependent countries, a combination of falling oil prices and the pandemic have had an inevitable impact on large-scale construction projects, such as the creation of smart cities, which have been seen as key to diversifying the economy for many Gulf nations.

According to the Saudi newspaper Okaz, and reported by Bloomberg, 30 billion riyals ($8bn) has been cut from initiatives designed to deliver help deliver Saudi Arabia's 'Vision 2030'.

Meanwhile, AP suggests that Dubai, which isn't oil and gas-dependent, will once again need to look at the focus of its economy, given the reliance on international workers and trade; both of which are vulnerable to the aftershocks of the coronavirus pandemic.

For many people, the region's airlines will be their first major interaction with a Middle East business. They are among some of the best-known and highest-regarded brands in the region and around the world. With most flights grounded, airlines have inevitably suffered job losses.

To counteract the impact of the health crisis, some airlines in the region are banking on tech as a way to ensure passenger safety and boost consumer confidence once we start flying again.

Etihad purports to be world's first airline to trial coronavirus technology "which can monitor the temperature, heart rate and respiratory rate of any person using an airport touchpoint such as a check-in or information kiosk, a bag-drop facility, a security point or immigration gate".

The technology has been developed by Australian company Elenium Automation, which has also worked with Amazon Web Services, to create the touchless self-service devices that Ethihad will also pilot.

These devices, which use voice recognition, potentially allow for a contactless check-in, as airports and airlines seek to reduce the potential for viral or bacterial transmission.

Launched at a similar time, and with a similar level of fanfare, Emirates proclaimed itself to be the first airline to conduct pre-boarding COVID-19 tests for passengers.

Conducted on site at the Dubai International Airport, in coordination with Dubai Health Authority (DHA), blood tests offered results in 10 minutes. However, concerns about reliability and accuracy led to the idea quickly being shelved.

Nonetheless, these two developments offer a strong hint about the future of air travel, and the way tech will shape it more than ever.

In a region where many messenger and web-chat services have long been blocked, Oman's Telecommunications Regulatory Authority (TRA) agreed "due to exceptional circumstances" to remove restrictions on tools like Skype, Google Meet and Zoom.

UAE soon followed suit, lifting a ban on Microsoft's Skype for Business and Google Hangouts. It has also made video-calling platform Zoom available, along with Cisco Webex, Avaya Spaces, BlueJeans and Slack, "on an exceptional basis and until further notice".

However, WhatsApp, FaceTime, and Skype – but not Skype for Business – "remain blocked for voice and video calls", CNBC reported at the end of March.

Meanwhile, efforts by the local telecoms provider Du to allow free internet calling via its new app Voico, which launched in late March, met with strong pushback, given that this app is seldom used outside the country.

With the first wave of the pandemic still running its course, it is too early to say what the long-term impact will be.

There are legitimate concerns about the viability of many smaller businesses – one of the region's sectors that historically has low levels of digital adoption.

Other worries include the spread of rumors and false information online, the use of track-and-trace apps; and whether data-protection laws are fit for purpose – issues far from unique to the region – as well as the impact of the digital divide on telehealth and remote working and schooling.

However, it's likely that the technology clock cannot be turned back.

With the video-call genie out of the bottle, it will be difficult for regulators to revert to the former status quo for platforms that businesses and individuals have been using during the pandemic.

Similarly, as people get used to online education, homeworking and shopping, coupled with use of contactless payments and digital health products, it's likely that some of these digital habits will continue.

"It's unclear to what extent these new behaviors will continue once lockdowns have been lifted and people are able to socialize in person again," notes Simon Kemp, CEO of Kepios and chief analyst at DataReportal.

"But with many people now using these platforms multiple times each day, it's likely that significant numbers of people have already overcome key barriers to trial and adoption."