By Charlie Osborne for Between the Lines | November 3, 2020 | Topic: Coronavirus: Business and technology in a pandemic 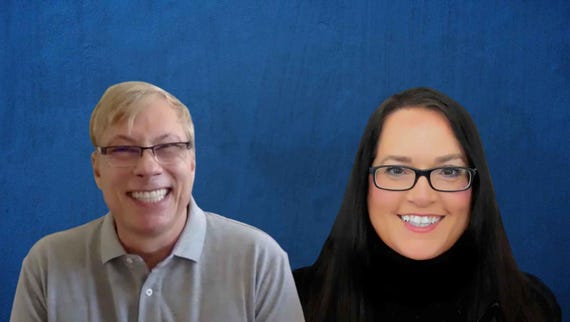 The Massachusetts Institute of Technology (MIT) has developed an algorithm to identify people infected with COVID-19 based only on their cough.

The algorithm was trained using "tens of thousands" of recordings -- both coughs and spoken words -- and was able to correctly identity 98.5% of those who were displaying symptoms and had confirmed cases of COVID-19.

In addition, the algorithm identified 100% of COVID-19 carriers confirmed to have the virus but who were not displaying any symptoms.

The recordings used to train the artificial intelligence (AI) model were submitted by volunteers online and included forced-coughs from healthy volunteers as well as COVID-19 sufferers. Over 70,000 samples have been collected so far and roughly 2,500 were submitted by individuals confirmed to have COVID-19.

"People who are asymptomatic may differ from healthy individuals in the way that they cough," the team commented. "These differences are not decipherable to the human ear. But it turns out that they can be picked up by artificial intelligence."

MIT's team, made up of Brian Subirana, Jordi Laguarta, Ferran Hueto from MIT's Auto-ID Laboratory, says that they are now working on a user-friendly mobile application integrating the model.

However, such an app would require regulatory approval and should not be considered a formal diagnostic tool; instead, the app could potentially act as a "noninvasive prescreening tool" for users before they confirm any suspicions with an official test. It should also be kept in mind that an asymptomatic cough could be linked to flu, colds, or other conditions.

With track-and-trace methods implemented with varying degrees of success across the world, any tool that could potentially tackle the issue of asymptomatic transmission -- in which those without symptoms could unwittingly spread the virus -- could be valuable in the fight against COVID-19.

"The effective implementation of this group diagnostic tool could diminish the spread of the pandemic if everyone uses it before going to a classroom, a factory, or a restaurant," says Subirana.

MIT is now working with a number of hospitals that will provide additional recordings to improve the model further.

The AI model is based on previous studies exploring how coughs and changes in speech patterns could indicate other diseases, including Alzheimer's.

TechRepublic: Voting like an astronaut: How ballots are cast at the space station

The research has been published in the academic journal IEEE Journal of Engineering in Medicine and Biology.