A tablet running OS X has been a pipe dream for some and a Los Angeles-based company, Modbook, has been making one since 2012. Since Apple doesn't sell nor license the OS to third parties, the Modbook Pro takes a radical approach.

When you buy a Modbook Pro you are essentially buying a 13-inch MacBook Pro that the company cannibalizes to make the tablet. Everything inside the MBP that makes it a Mac is incorporated in a tablet enclosure that is the Modbook Pro. 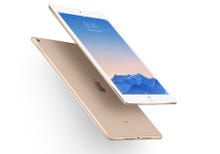 I don't want an iPad Pro, I want an OS X tablet ​Reports are circulating that Apple is preparing to unveil a larger, enterprise and power-user focused (and undoubtedly more expensive) iPad called the iPad Pro.

The tablet houses the computer, and has a 13.3-inch display that works with a Wacom pen. The MBP keyboard base unit is ditched in favor of a pure tablet device.

The company aims the Modbook Pro at the serious artist who needs a sensitive pen (1,024 levels of pressure sensitivity) for sketching, while also having a need for running OS X apps.

According to Modbook, the conversion to the tablet involves placing the MacBook Pro in the tablet housing and connecting it to the ModBook Pro via a USB 3.0 connection. This accounts for a lot of the five pound weight of the tablet.

In addition to an OS X installation, it can be ordered with just Windows, or it can be installed on the Modbook Pro in a dual-boot arrangement for those needing access to both OSes. This is Windows 7 according to the specifications.

The Modbook Pro tablet is nearly an inch thick, so it's not a slim device. It is configurable to suit the buyer's requirements, with CPU, memory, and SSD storage sizes to suit. It is available in a price range of $2,699 - $2,999 for OS X and $2,799 - $3,099 for Windows only. There is also an entry-level model for $1,899 that is a DIY version which ships with everything in a box for hardy souls willing to take on the daunting task of building the Modbook Pro themselves.

Using the MacBook Pro in this fashion voids Apple's warranty so the Modbook Pro comes with a one-year warranty of its own to cover the tablet.

The need for running OS X on a tablet aside, it sounds like it might be time for those considering the Modbook Pro to look at the iPad Pro with an Apple Pencil. It's a lot cheaper if nothing else.

Join Discussion for: Modbook Pro: Yes, there is an OS X tablet...