The system will leverage tens of thousands of data points per patient to help predict treatment responses and patient outcomes.
Written by Campbell Kwan on Nov. 22, 2020 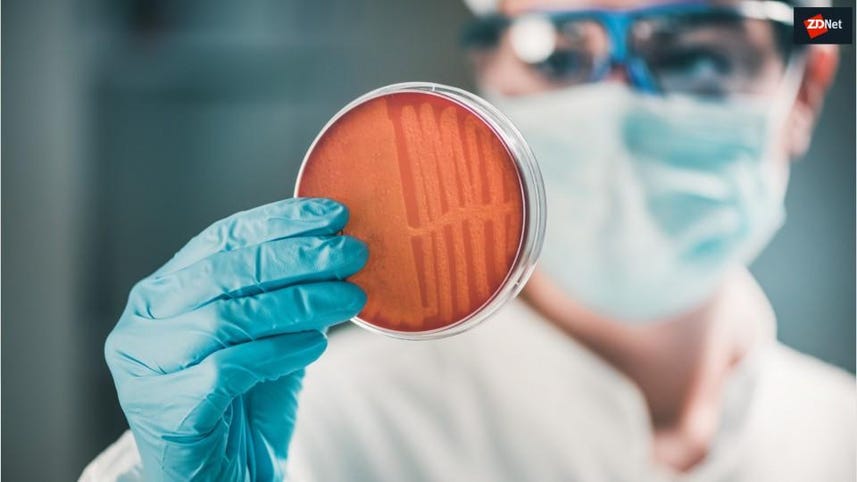 Monash University and Alfred Hospital are developing an artificial intelligence-based system to improve the way superbugs are diagnosed, treated, and prevented.

According to Monash University professor of digital health Christopher Bain, infections from superbugs kill 700,000 people every year and by 2050, the world could see 10 million deaths annually from previously treatable diseases.

Superbugs are created when microbes evolve to become immune from the effects of antimicrobials.

The project, which will be mainly based at The Alfred, has received AU$3.4 million from the federal government's Medical Research Future fund.

According to the project's lead researcher, Antony Peleg, the project will look to integrate genomics, electronic healthcare data, and AI technologies to address antimicrobial resistance in the healthcare system. Specifically, it will leverage tens of thousands of data points per patient and infecting pathogens to help predict treatment responses and patient outcomes.

"This project will push the boundaries of what can be achieved in healthcare and how new technologies can be applied to understand how superbugs infect humans and the way they are transmitted within a hospital system," Peleg said.

In addition to providing earlier detection of antimicrobial resistance, the two organisations are also hoping the system will be able to create personalised treatment for patients and prevent outbreaks.

The system, called eConsent for Genomics, is aimed at improving how healthcare providers, service providers, and patients securely store and consent to personal health information.

The funding will come from the AustCyber Projects Fund, which is a three-year AU$15 million federal government initiative designed to help the Australian cybersecurity industry grow both locally and globally.

The system is expected to cost around AU$1 million to build, with Haventec and consortium partner 23Strands to provide the remaining AU$500,000.

According to Haventec, the development of eConsent for Genomics comes at a critical time as current models for storing personal health information are consistently failing with the health sector regularly topping the list of notifiable data breaches.

Partnering with 23Strands, Haventec will also use the new consent system in a research project focused on COVID-19 patients. The research will look to correlate negative and positive health outcomes to specific DNA profiles, which it hopes will improve predictions regarding how individuals will react if they become infected with COVID-19.

Monash University on Monday also published a report focusing on the ethical and policy issues behind using robots in agriculture.

"People weren't thinking about or talking about, such as unintended consequences, or what might happen in life and when things don't work out perfectly," Sparrow told ZDNet.

Currently, Australia's agriculture sector accounts for around 2.5% of the country's workforce.

Undertaking a literature review on applications of agricultural robots to address these questions, the report found that robots could help farmers confront challenges such as climate change, soil depletion, loss of biodiversity, water scarcity, and population growth by improving yield and productivity.

Physically intensive labour associated with agriculture work could also see robots be developed for tasks such as weeding, fruit and vegetable picking, food handling, and packaging tasks, which could increase productivity and the amount of produce sent to market, the authors said.

Sparrow noted that technologies such as fruit-picking robots could also be developed in the next decade, which could have large implications for seasonal employment.

"While there hasn't yet been widespread adoption of robots in farming due to a lack of technological breakthroughs, it's anticipated there will be a gradual emergence of technologies for precision farming, as well as the use of automation in food processing and packaging," Sparrow said.

However, they also stated the widespread adoption of robots in farming could have negative consequences, such as the mismanagement of chemicals and soil compaction due to heavy robots, and the exacerbation of potential food wastage if consumers come to expect standardised or "perfect" produce.

The pair added increased robot use could lead to more breeding standardisation of livestock and genetically modified created crops so harvests are better suited for robots. There is also a fear that smaller or struggling farms could miss out on the technology and be unable to keep up, leading to a centralisation of ownership in agriculture, Sparrow said.

"In order to reduce the risk that robots will further centralise ownership in the agricultural sector and further encourage monocultures at the expense of biodiversity, governments, and researchers might prioritise the development of sophisticated robots that are sufficiently flexible to allow their use on small properties and with a wider range of crops and livestock," the report said.

The technology has been designed to automatically detect abnormal activities in electrical recordings.

The university has also teamed up with other partners to create an AI system to help teachers maximise student engagement in classrooms.

The protocol, MatRiCT, is patented by CSIRO and licensed to Australian cryptocurrency developer HCash.

In hope that it will relieve some pressure off the healthcare system.