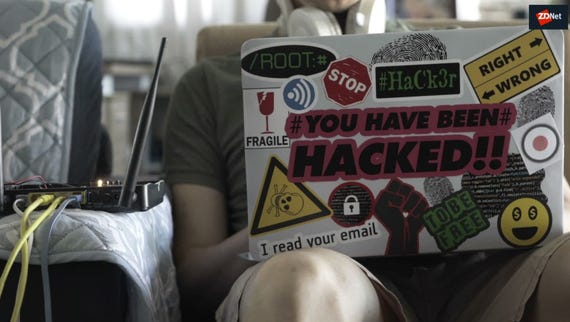 Data stolen in a cyberattack against a London council last year has been leaked online by the hackers responsible for the attack.

Hackney Council, which provides services for 280,000 residents in the UK capital, was hit by what was labeled a "serious" cyberattack last October, taking many IT systems out of operation, with some still disrupted currently.

It now appears that the information that was stolen during the attack has been published to the dark web by the criminals, although the council said that only a limited set of data was at risk. According to the council's latest update, the documents have not been leaked to a "widely available forum", and are not visible through search engines on the internet.

The Mayor of Hackney Philip Glanville said: "I fully understand and share the concern of residents and staff about any risk to their personal data, and we are working as quickly as possible with our partners to assess the data and take action, including informing people who are affected.

"While we believe this publication will not directly affect the vast majority of Hackney's residents and businesses, that can feel like cold comfort, and we are sorry for the worry and upset this will cause them."

While the majority of sensitive and personal information held by the council appears to be unaffected, Hackney council said that it is working with the National Cyber Security Centre, the National Crime Agency, the Information Commissioner's Office and the Metropolitan Police to investigate what has been published exactly and assess which actions need to be taken.

Now several months after the attack happened, the exact nature of the intrusion is still unclear. The council has avoided disclosing details to make sure it does not inadvertently assist the attackers.

Only legacy and non-cloud-based systems, such as making payments or approving licensing, have been affected, while newer services and systems linked to managing the COVID-19 pandemic have remained up and running.

Although many systems have since been fully or partially restored, the council has already said that it expects some services to remain unavailable or disrupted for months to come.

Hackney Council's service status page still indicates that services are "significantly disrupted" due to a "serious cyberattack", and recommends that residents and businesses avoid contacting the council unless absolutely necessary.

For example, the council is currently unable to process applications for most types of licenses, to add to the housing waiting list or for council tax reductions. Disruptions and delays to payment systems remain, as well as to claims for housing benefits. Voting preferences cannot be updated, and residents are currently unable to report noise complaints online.

"It is utterly deplorable that organised criminals chose last year to deliberately attack Hackney, damaging services and stealing from our borough, our staff, and our residents in this way, and all while we were in the middle of responding to a global pandemic," said Glanville.

"Now four months on, at the start of a new year and as we are all responding to the second wave, they have decided to compound that attack and now release stolen data. Working with our partners we will do everything we can to help bring them to justice."

Last year also saw an attack on Redcar and Cleveland council in North East England, which affected 135,000 people and came at a cost of more than £10 million ($13.5 million).

Join Discussion for: Months after this 'serious' cyberattack,...