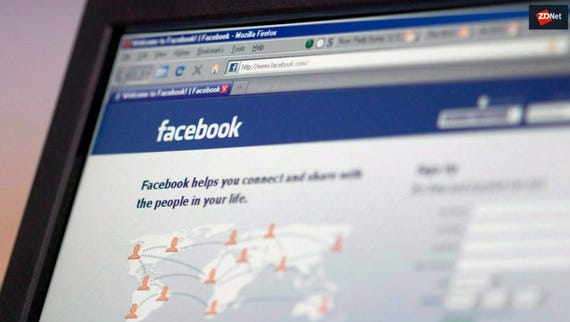 Mozilla is rolling out a new Firefox container extension that isolates web activity from Facebook and makes it harder for the social network to track user activity on other websites via third-party cookies.

The browser maker said the Facebook Container add-on is based on technology it's been working on for the past couple of years, and that its release was accelerated in response to the controversy surrounding the misuse of Facebook user data.

Analytics firm Cambridge Analytica allegedly collected data from 50 million Facebook users without their explicit consent, and to the potential benefit of the Trump presidential campaign. In response to the fallout, Facebook CEO Mark Zuckerberg promised to limit developer access to data and continues to apologize to users for the "breach of trust."

Unsatisfied by Zuckerberg's apology tour, Mozilla said last week that it was pulling its advertising from Facebook in protest to the social network's data collection practices. When announcing the decision, Mozilla's chief business and legal officer, Denelle Dixon, acknowledged Zuckerberg's pledge to restrict third-party access to user data, but said that Facebook's default privacy settings were still a problem.

As for the Facebook Container, Mozilla said the add-on is not meant to be a direct jab at Facebook, but rather a tool that helps users better manage their online privacy and security.

"The type of data in the recent Cambridge Analytica incident would not have been prevented by Facebook Container," wrote Firefox VP of product Nick Nguyen in a blog post. "But troves of data are being collected on your behavior on the internet, and so giving users a choice to limit what they share in a way that is under their control is important."

He added: "Facebook isn't unique in their practice of collecting data from your activity outside of the core service, and our goal is not to single out a particular organization, but to start with a well-defined problem that we can solve quickly."

Google's olive branch to news publishers is about capturing ad dollars from a weakened Facebook as much as it is saving the media industry.

Deloitte found that 93 percent of consumers would want to delete their personal data held by various companies. Why? These consumers have little faith that service providers can secure it.

Australia's Information and Privacy Commissioner is 'making inquiries' to clarify if any personal information of Australians was involved in Cambridge Analytica's misuse of Facebook user data.