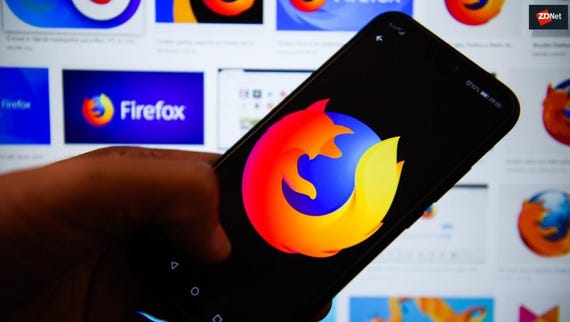 Firefox maker Mozilla has announced a new preview of its Firefox Android browser. The mobile browser is based on the Mozilla GeckoView alternative to Google's Chrome WebView and comes alongside a "reference browser" aimed at browser developers who today rely on Google Chromium.

Officially dubbed Firefox Preview, the new browser is available today on the Google Play Store, where it's so far gained over 10,000 installs – a tiny fraction of the 100 million-plus installs of the current Firefox for Android. The "polished" version of the new app will be available this autumn, according to Mozilla.

The new browser is the result of Mozilla developers' work on Firefox Fenix, a replacement of the browser's current main engine, Fennec. The old Firefox on Android browser, which has the same name, will be phased out next year and presumably replaced by the new browser at some point.

So, the mobile browser will still be called Firefox on Android, but it will have a different foundation with a new, more mobile-friendly interface.

Mozilla will now work to shift users to the new Fenix-based Firefox Preview browser, as the organization continues prepping the new browser for prime time.

The idea behind GeckoView is to make the Android Firefox rendering engine a "reusable library", according to Dan Callahan, a Mozilla developer advocate.

He says Firefox Preview is Mozilla's "platform for building, testing, and delivering unique features", aimed at refining the mobile browser, which on Android is dominated by Chrome.

At the same time, Mozilla is pulling back from its lightweight Android browser, Firefox Focus, which has been the main consumer product using GeckoView so far.

Mozilla overhauled Focus with its Gecko engine last year, and by doing so created a bit more diversity in a mobile browser world that's dominated by Google Chrome and Apple Safari.

Firefox Focus will be replaced with what Mozilla calls the 'Reference browser', a browser aimed at browser developers.

"While Focus is great at what it does, it is not a general-purpose browser. By design, Focus does not keep track of history or bookmarks, nor does it support APIs like WebRTC. Yet we need a place to test those features to ensure that GeckoView is sufficiently robust and capable of building fully-featured browsers. That's where Reference Browser comes in," said Callahan.

As with Firefox Preview, it is a "full browser" that uses GeckoView and Mozilla Android Components but it's not intended for end users.

Similar to Apple's Safari rendering engine WebKit beta releases, it is called a 'technology preview'. Mozilla says it depends "heavily" on its Android Components project, which aims to reduce its reliance on Google Android tools and is aimed at browser developers – many of whom these days rely on Google Android components.

"GeckoView is the foundation of Mozilla's next generation of mobile products. To better support that future, we've halted new feature development on Focus while we concentrate on refining GeckoView and prepare for the launch of Firefox Preview," said Callahan.

More on Mozilla and Firefox

Join Discussion for: Mozilla: Try out our new Fenix-based Firefox...