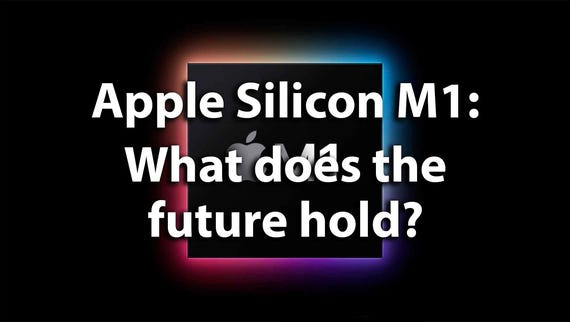 Apple came out with a new processor for its Mac line that hands down beat the equivalent Intel chip both in terms of performance and power consumption.

What's Intel been doing all these years?

I think that it's safe to call Apple's new M1 chip "disruptive." After all, here is a first-generation product that's kicked sand into the faces of huge companies who do pretty much nothing other than make chips.

I'm looking here at Intel, but it equally applies to the likes of AMD, and even Qualcomm.

How did this happen?

Let's start with the most obvious.

As big as Intel and the other chip giants are, they're not as big as Apple. Apple has a lot of spare cash to throw at R&D with a very focused goal -- a single chip to begin horning Intel aside.

That money, along with the focus of manufacturing a single chip, also allowed Apple to write blank checks to TSMC to make 5-nanometer possible.

Being in a position to be able to bankroll -- and make it make business sense (more on this in a moment) -- 5-nanometer architecture was a cornerstone to making M1 possible.

Speaking of TSMC, the company has enjoyed a close relationship with Apple since Samsung was sidelined as iPhone chipmaker back in 2014 with the iPhone 6's A8 chip. The company has a proven track record of producing tens of millions of chips every year.

Being able to guarantee that sort of volume, adjusting to fluctuations in demand, and hitting the mark in terms of yearly releases, are all things that make Apple's job easier.

Then there's the fact that Apple and Intel are in totally different businesses. Intel is primarily making chips for PC OEMs, and that's hardly a high-margin business. Apple, on the other hand, is making products that command high profit margins. Intel needs to satisfy an industry that doesn't just demand cheap components, but isn't in a position to pay much more.

All this means that Intel's focus has been on small, incremental improvements. Same could be said of the likes of AMD's PC customers and Qualcomm's Android handset makers.

The money just wasn't there to make such performance leaps worthwhile.

I've read a lot about internal battles between Apple and Intel over the years, and while there's no doubt that a lot has gone on between the two companies since macs shifted to Intel chips, a move this big and this complex and this expensive isn't going to have politics in the front seat.

The writing has been on the wall regarding this shift for many years, and the bigger that Apple became, and more complex and timely its supply chain became, the more it made sense.

And now it's happened, there's no stopping it. Intel's days in Macs are numbered.

As to what this means to the wider PC industry, it's hard to tell. I've no doubt that OEMs would love chips that gave them the power that the M1 gives Macs, but whether they could afford them, or whether customers would pay for them… well, I doubt it given the trajectory of the market.

But to answer the question, what has Intel been doing all these years, well, it's been making chips for an industry that's primarily price sensitive, and where tiny incremental improvements have been enough to keep everyone -- from OEMs to the end users -- happy. It's not that Intel couldn't have made a chip like the M1, it's just that we probably wouldn't have paid for it.