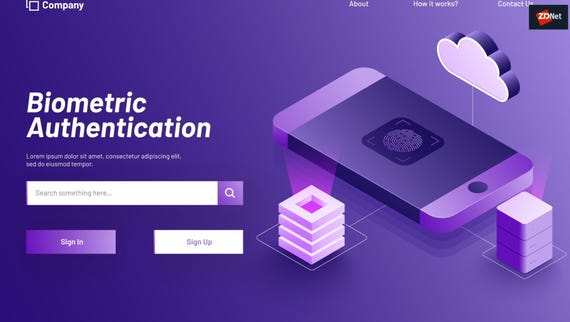 When a national fingerprinting company joins forces with a startup that authenticates identity using AI-based facial recognition and behavioral prediction in natural settings, the future of human identification tech starts to look an awful lot like sci fi. That's the the new reality as SureID, a biometrics and fingerprinting firm, partners with Robbie.AI, a Boston-based startup, on R&D that could result in the United States' first nationwide biometrics gathering system.

SureID is commonly used by employers authenticating employee identity via its nationwide network of fingerprint enrollment kiosks. Adding facial recognition from Robbie.AI gives the two firms the building blocks of a nationwide biometric database that could be used in a number of settings, from retail authentication and employment verification to more speculative applications like driver-identification for keyless self-driving cars or even user recognition in future robotic platforms.

The notion worries some privacy advocates, who see video-based biometrics, which can accurately scan crowds and identify individuals, as anathema to presumed rights of privacy. Even if the intentions are sincere, the very existence of a biometric database presents security concerns. Earlier this year, an Indian journalist demonstrated that he could buy administrative access to India's biometric database for the equivalent of about $8 USD.

Still, the convergence of facial recognition and traditional biometrics like fingerprinting is inevitable, and advocates see it as a security win.

"As technology emerges and companies adopt more sophisticated forms of security, it will be crucial for safety and security to authenticate the real identity of technicians and consumers," says Ned Hayes, General Manager at SureID. "Our combined biometrics database can provide a frame of reference for the development of future security solutions on the market. SureID and Robbie.AI are providing industry-transforming biometrics and identity offerings to make the security world safer, faster, and a better experience for everyone."

Consumer-facing facial recognition security solutions have so far proved less than unbeatable. The iPhoneX's Face ID was defeated a week after the phone's release with a 3-D mask. According to M.I.T. Media Lab, existing facial recognition technology is particularly problematic detecting darker-skinned women, producing errors up to 35 percent of the time.

Also: Biometrics and the law: When police try to unlock phone TechRepublic

Robbie.AI is less susceptible to these errors, using technology based on bone structure geometry. According to the company, even weight gain or loss and darker rooms don't impact results.

"It is crucial that facial recognition technology be trained in the 'wild' or public domain so that the algorithms are exposed to a variety of situations that are unpredictable - this is what increases the level of accuracy," says Karen Marquez, CEO of Robbie.AI.

From passwords to biometrics: How far are we willing to go?

Join Discussion for: National biometric database could be on the...