NBN has told ZDNet that it is still planning to deploy 5G across its fixed-wireless service, while also looking into NG-PON2 for FttP, G.mgfast for FttN/B/C, and Full Duplex DOCSIS for HFC to enable speeds of up to 10Gbps.
Written by Corinne Reichert, Senior Reporter on Aug. 30, 2018 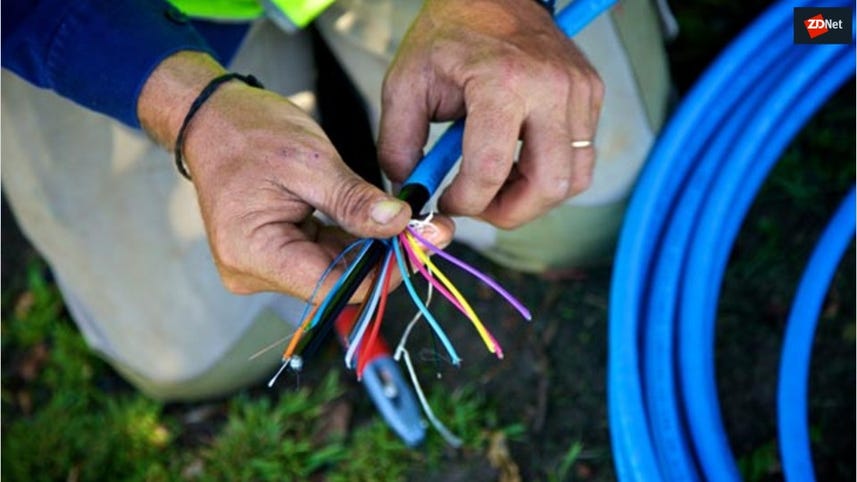 Australia's National Broadband Network (NBN) company has told ZDNet that it is still looking to add 5G capabilities to its fixed-wireless network, along with monitoring and considering other upgrade paths across its multi-technology mix network.

"So absolutely, we're looking at that."

NBN had in April revealed that it would be undertaking 5G trials in partnership with Ericsson in Melbourne, using 100MHz of spectrum in the 3.5GHz band as well as Ericsson's 5G New Radio (5G NR) equipment.

While NBN has already begun activating DOCSIS 3.1 on its HFC network, and plans to deploy G.fast on FttC shortly, Ryan told ZDNet that it is only at the monitoring stage of Full Duplex DOCSIS and G.mgfast.

"All these types of technologies we are actively monitoring as they mature around the world, and we will schedule them into our plans at the appropriate time as the need arises, and as that technology matures," Ryan said.

Read also: Fibre to the curb: How NBN is delivering its new network

"We have a dedicated CTO office who spend their time clearly looking at development and market," Rue told ZDNet.

On whether NBN is still considering adding a third satellite, Rue again told ZDNet that the company will "see how the world evolves".

"We will continue to see the needs of people and what's required. It's not something that currently we're focused on, but obviously as the world moves on we will consider all options," the new chief executive said.

On expanding the FttC network again, meanwhile, Rue told ZDNet that NBN is mainly focused on ensuring the NBN deployment is complete by 2020.