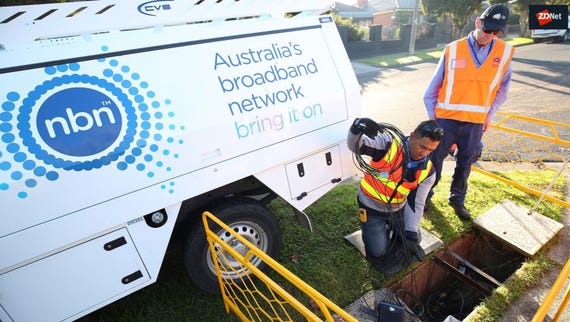 The centre, located in Melbourne's Docklands area, will be retail service providers' single point of contact for any issues in connecting business customers, managing service incidents, and restoring faults across NBN services.

NBN additionally announced that it will be "progressively" rolling out three new service capabilities over the next few months to its business division: Premium appointments; business-grade workforce training; and enterprise service-delivery management.

"Businesses will be able to select a specific appointment time through their internet provider based on their hours of operation, which aims to increase certainty and reduce disruption to their operations and customers," NBN said.

"Specialist business-grade technicians will be trained and upskilled to work in complex commercial premises to help improve 'right the first time' installations of NBN equipment and the restoration of business services when faults occur on the NBN access network.

"Multi-site migrations to the NBN access network will be simplified for businesses by bringing together the business end customer, relevant internet provider, and NBN Co to plan and deliver a coordinated migration plan."

According to NBN chief customer officer for Business Paul Tyler, the offerings and business operations centre are necessary because "many businesses have mission-critical data requirements".

"A critical enabler to a successful business service model is the ability to perform connections and restore services over the NBN access network in complex commercial environments, which often requires the coordinated support of both NBN Co and the industry," Tyler added.

"The new business operations centre provides us with the dedicated resource to help to do this quickly and efficiently."

NBN in June signed a six-year deal with Macquarie Telecom for business services, with the retailer's "Business class NBN by Macquarie Telecom" offering including data, internet, voice, and software-defined wide-area networking (SD-WAN) business products; support staff based in Australia; and "coast-to-coast access to all sites in Australia".

The product suite utilises NBN's business-grade products such as asymmetrical (TC4), symmetrical (TC2), and enterprise Ethernet across a virtual network-to-network (v-NNI) link that allows it to access all NBN points of interconnect.

Tyler said the company is hoping to form similar partnerships with additional providers in future.

Read more: Fibre to the curb: How NBN is delivering its new network

"Our commitment to the business community has reached another milestone with the signing of a new multi-year agreement valued at more than AU$100 million with Macquarie Telecom," Tyler wrote in a blog post in June.

"This agreement will see us provide the underlying wholesale access network to deliver voice and data services to Macquarie's business customers.

"NBN Co's agreement with Macquarie is one we hope will be the prototype for what we can achieve in the future with other providers eager to serve the nation's businesses, whether they are small or large. It also demonstrates our underlying network infrastructure is enterprise-ready and we are well and truly open for business."

Tyler added that NBN will be launching its enterprise fibre broadband service with symmetrical 1Gbps speeds later this year, and is continuing work on a wholesale business satellite service.

NBN had announced its wholesale business-grade satellite service in May, with the service to make use of underutilised spectrum from its existing satellites when it launches next year.

NBN is expecting to launch the service in the first half of 2019, after "extensive consultation" of its potential pricing and products over the next few months.

In February, NBN also announced that Telstra, Vocus, and TPG had begun trialling its NBN enterprise ethernet service, which is aimed at delivering 1Gbps symmetrical speeds to users.

NBN is also planning to introduce tailored pricing on its wholesale business products, including the capped pricing model announced in October last year.