NBN rejects speed test reality for one of its own

If everyone in the world held still for a handful of years, and someone measured the potential of technology, Australia could rank third in the world, an NBN report reckons. Please clap.
Written by Chris Duckett on Oct. 16, 2019 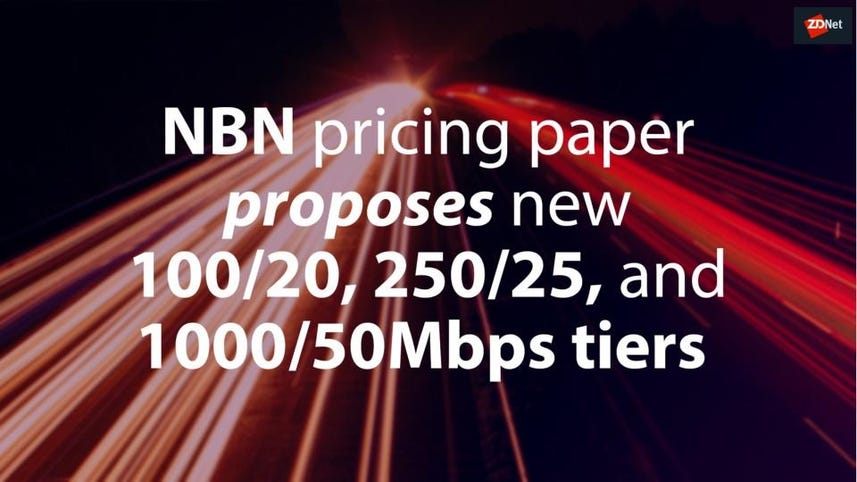 What do you do if you are a national broadband wholesaler taking the heat for Australia consisting ranking poorly in global speed test surveys? Why, you pay AlphaBeta to come up with a new methodology to make you look better than you are.

Along the way though, AlphaBeta has inadvertently belled the NBN pricing cat.

For the entire lifespan of the NBN project, the connectivity virtual circuit (CVC) charge that retailers have to pay to the NBN on a per Mbps basis has been seen as an artificially imposed handbrake on the speeds consumers receive. Because it is.

The NBN didn't become a network with a majority of users on 50Mbps or higher plans because its technology got better -- arguably, the longer the project has gone, less optimal technologies have been added to its arsenal -- it got there because it discounted the 50Mbps tier and the market reacted.

For not the first time, the situation with NBN has more to do with economics than technology.

In its report released on Wednesday, once AlphaBeta tossed a bunch of small countries and made a lot of complaining in Trumpian style about various measures being biased against NBN, the research firm dropped this humdinger.

Did you catch all that? If the rest of the world stayed perfectly still, failed to improve its own networks, and then we removed the CVC imposition and magically turned the NBN into best effort network based on technology -- rather than generating a commercial return to government -- Australia would be third in the world.

If we are going to engage in magical thinking, it makes one wonder where Australia would rank if it remained on a 93% fibre-to-the-premises network -- the theoretical maximums would be sky high.

The few pieces of reality that AlphaBeta acknowledges are that NBN is decreasing the inequality between the broadband haves and have-nots, and that Australia's average speed has increased from 16Mbps in 2014 to 37Mbps in 2019 alongside the rollout of the NBN.

The rest of the report is a lot of squealing and hoisting NBN on its own petard.

Australians know what the experience on the NBN actually is, despite how the report moulds and manipulates mathematics to suit its expected outcome.