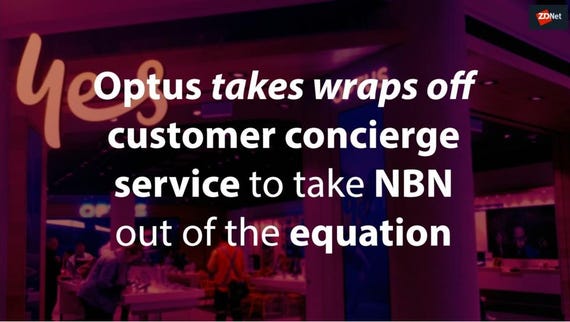 As Australia shifts from its legacy fixed broadband infrastructure onto the National Broadband Network (NBN), it should come as little surprise that the Telecommunications Industry Ombudsman (TIO) is receiving increasing numbers of complaints.

However over the last six months, those numbers have increased in relative, as well as absolute, terms.

In the past six months, the TIO has seen changing provider complaints rise from 6.7 per 1,000 premises added to the network between July and December 2018 to a 8.6 ratio between January and July 2019. In absolute terms, this represents 4,213 and 7,422 complaints for the two periods.

The rise in complaints reverses some of the gains the TIO reported for NBN services in April.

This year the TIO highlighted the top five issues in each service type, with complaints labelled as "no or delayed action by provider" being in the top two for each type. "Service and equipment fees" was often the other member in the top two with the exemption of landlines, where "no phone or internet service" squeezed it into third place.

Telstra now makes up more than half of all complaints about providers, despite it recording a 19.5% drop to 66,400 complaints. The increasing proportion was due to other telcos reducing complaints by higher percentages than Australia's incumbent telco. NBN services made up 26% of all Telstra complaints.

Complaints related to NBN services accounted for 41% of all iiNet complaints, 37% of all TPG complaints, and 23% of complaints made about Optus.

"Complaints about phone and internet services in Australia have continued their downward trend, and this is good news for consumers and the telecommunications industry, but this is only one part of the story," Ombudsman Judi Jones said.

"The volume of complaints coming back to us unresolved shows an emerging picture of complexity in technical and small business issues. Some measures we have taken to address this are the formation of specialist teams to handle these escalated complaints, and working closely with the phone and internet providers to better understand the barriers to resolving these issues."

At the end of 2018, the Australian government decided it would not abolish the TIO, citing "near universal support" for it to retain its role.

The 250Mbps and 1Gbps plans would only be available on fibre-to-the-premises and HFC networks.

Network Extensions will initially only be available on fibre-to-the-node.

Meanwhile, the NBN has been touted by the government as boosting Australia-wide productivity.

Vocus CEO Kevin Russell attacks the CVC as a download tax, saying the market value of NBN is far less than what it had cost to build.

With NBN connecting less people next year, Telstra will get AU$300 million less in payments.

Join Discussion for: TIO sees an increase in complaints about...