Now that the Class of 2017 iPhones have been announced and are shipping, it's time to turn our attention to next year. Here, we present our predictions for next year's iPhones.
Written by David Gewirtz, Senior Contributing Editor on Nov. 13, 2017 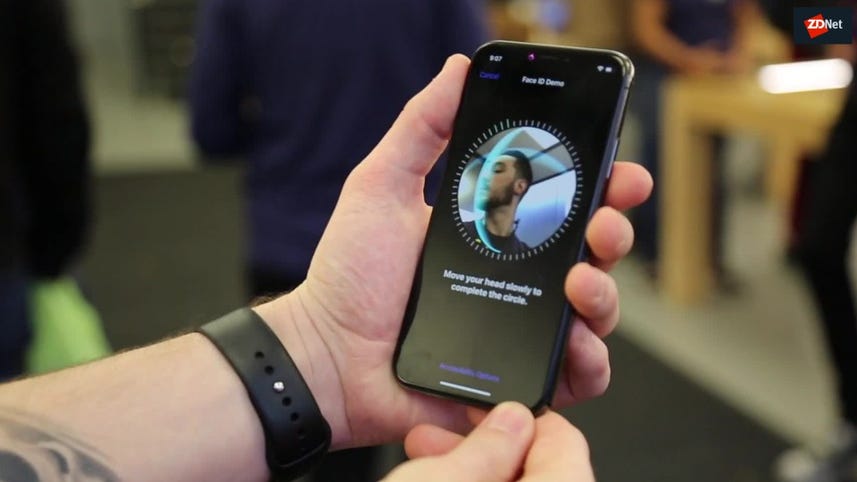 The iPhone X is now shipping, and reviews are generally positive. The quality of the OLED screen has been dubbed "best ever" by the display testing experts at DisplayMate.

There are, however, some issues. Some screens become problematic in cold temperatures. OLED screens are subject to burn-in, unlike the traditional iPhone LCD screens. The iPhone X screen not only costs more to replace than previous generations, it also appears to break more easily.

Also: Apple iPhone X review: This is as good as it gets

So while the iPhone X has received top-of-the-pack ratings compared to its competitors, it's still not a slam dunk. It's expensive, it no longer has a Home button, and some folks are obsessed with that notch at the top of the screen.

Here, then, is the question: Will Apple stop shipping the iPhone 6/7/8 form factor, and only produce new iPhones in the X's image starting next year? What will the 2018 iPhones be like?

Forecasting such a thing is never an accurate science, but we can make certain relatively confident assumptions. Here are some of my predictions for the iPhone Class of 2018.

Older phones will still be available. Apple has been hugely successful selling previous years' models of phones for a discounted price. Despite this year's announcements of the iPhone 8, 8 Plus, and X, you can still purchase new iPhone 6s and 6s Plus devices, as well as iPhone 7 and 7 Plus.

For 2018, expect Apple to ship new iPhone 7-series and 8-series phones, as well as the 2017-edition iPhone X, all at discounted prices (roughly a hundred dollars cheaper, each).

There will not be an iPhone 9. Apple pronounces the iPhone X as "iPhone 10." Therefore, it's extremely unlikely that there will be a branded phone listed as iPhone 9.

There will be a new-generation Touch ID iPhone series with a Home button. The traditional iPhone 6/6s/7/8 form factor is hugely popular and not everyone (myself included) is happy with the idea of moving to Face ID and losing the Home button.

Apple also has deep experience manufacturing the LCD-style screens on older phones, and can continue to iterate on this design. Rather than forcing everyone to above $1,000 phones, expect that there will be a faster traditional form factor phone, probably with slightly better battery life and an improved camera.

Since iPhone 9 is now pretty much out of the running as a brand, expect this new generation to be called either iPhone 8s or simply iPhone.

There will be a 2018 "tock" generation iPhone X. There are likely to be a lot of little bugs and problems with the new iPhone X. Expect most of those bugs to be ironed out between now and next September. You can expect a processor bump, along with a wider range of AI-assisted photo features, but nothing profound.

Expect that phone to be named either iPhone Xs, or 2018 iPhone X.

There may be an iPhone X Plus. OLED yields are getting better. While the iPhone X's 5.8" screen is bigger than any other iPhone, some of us always want more screen real estate. The Note 8 has a 6.3" OLED screen, and since Samsung manufactures the displays for both Apple and Samsung, there's no reason to think that a Plus-sized screen can't be built for the X.

Strong demand for the pricey X has shown that phone customers are willing to pay a premium for phones, so there's no reason that price would hold back buyers from an iPhone X Plus. Besides, additional screen usually includes additional battery life, and everyone wants more running time.

There won't be any big changes in the notch, or the form factor, of the new X. At some point, we'll see the cameras move under the glass, but not in 2018. While there will undoubtedly be new models for the phones, the X form factor, other than a possible size boost, will remain the same. Expect the notch to remain until at least 2019 or 2020.

Don't expect anything revolutionary to be announced in next year's iPhone announcement. However, if we don't see some big movement in iPads this spring, then you can expect some of the iPhone innovations to find their way into the iPad, possibly making the iPad the big innovation winner in 2018.

As for the Mac, well, we're waiting on a new iMac Pro, and the new Mac Pro. Both of those will be ear-bleedingly expensive, but it's looking like 2018 will be an innovation year for bigger devices. It should be interesting. Stay tuned.

10 days with the iPhone X: My joy of smartphones restored

I've used hundreds of handheld devices over the past 20 years and a select few have brought me sheer joy. The iPhone X arrived on November 3 and it has me as excited as I was 10 years ago when the first iPhone launched.

How iPhone X melds the best of Apple's past and present

The iPhone X may represent the future for Apple, but for now it embodies the company's traditions and evolved stance toward standards.

Apple launches iPhone 8 and aims for next decade of smartphones with $1,000 iPhone X

Apple delivers two phones that are incremental upgrades and one that aims to set the stage for the next decade. Enter iPhone X.

Google Pixel 7 Pro vs iPhone 14 Pro: Which flagship should you buy?

Google Pixel 7 Pro vs iPhone 14 Pro: Which flagship should you buy?