The iPhone X is putting facial recognition front and centre -- so why does it leave me frowning?
Written by Steve Ranger, Editorial director, ZDNet on Oct. 1, 2017 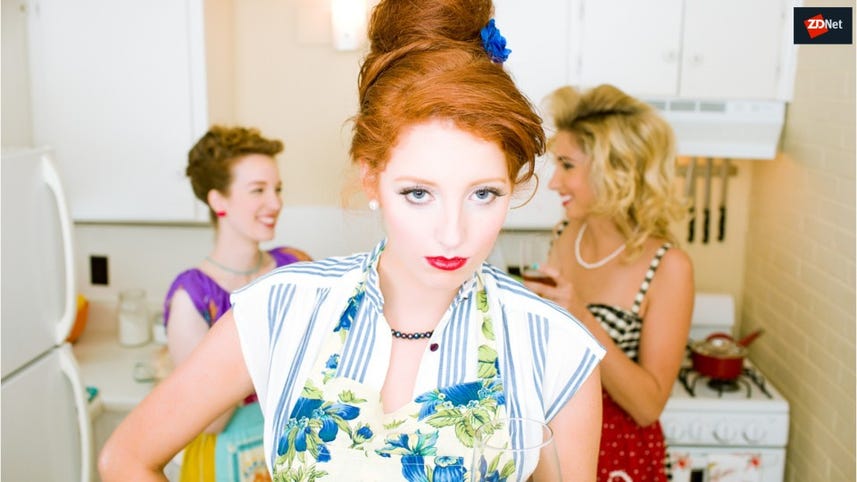 Video: Face ID won't forget you - even if you get a new hairdo

One of the most interesting aspects of Apple's forthcoming iPhone X is the way you unlock it. The new Face ID feature uses the iPhone's TrueDepth camera to project and analyse more than 30,000 invisible dots to create a depth map of your face, which is then read by an infrared camera so you can unlock your phone with your face.

Even in the dark. Even if you grow a beard.

Smartphones are now the heart of our digital lives, so anything that can improve security is a good thing. And it's worth remembering that many people haven't even got as far as using a passcode to lock their phones yet.

Apple promises that using facial recognition will be more secure than using a fingerprint.

"The probability that a random person in the population could look at your iPhone X and unlock it using Face ID is approximately 1 in 1,000,000 (versus 1 in 50,000 for Touch ID)," said Apple's security paper.

The use of the technology has worried some, but a few of the security concerns are perhaps a bit overblown: in the case of the iPhone X authentication system, there's no single database for hackers to steal because the biometric data is stored in encrypted form on the phone.

However, there are still a few things that make me reluctant to use it.

First, for a smartphone I'd argue that a fingerprint is actually the easiest replacement for the password: it's less controversial than using your face and probably even faster.

Facial recognition on smartphones is not that new. I've used it on a few handsets before, and always found it wanting. In almost every scenario, you'll pick up your phone before you look at it. Many phones have a fingerprint reader on the back now (or on the side), which makes it easy to unlock the phone as you pull it out of your pocket or pick it up off the desk. It's something I do (far too) many times every day.

Using a fingerprint, by the time I'm looking at the phone it's already unlocked: facial recognition seems to be a step back from that, because I need to look at the phone before it opens.

Sure, these are criticisms of a particular implementation of the technology, which may well be resolved (and if anyone can do it, Apple can). But I'm also worried by the way that facial recognition is becoming a standard way of identifying us more generally, not just when unlocking our smartphones.

If we start using facial recognition in a controlled scenario like unlocking our phones, do we then encourage its use elsewhere -- in scenarios where we have less control?

It's not hard to see how facial recognition technology plus the pervasive surveillance systems installed in most major cities will make it harder and harder to be anonymous.

That may be a good thing, and it may not -- but it's the sort of change that's creeping in, unnoticed, when it should be something that societies discuss and debate, and push back on when necessary.

Our faces are simultaneously public and deeply personal. Like them or not, we're stuck with our facial features; they can't be reset. Perhaps that's why reducing physiognomy to the status of a smartphone passcode seems somehow alien.