25 kilometres of pipe mains will trial NNNCo's IoT network which will enable real-time monitoring of water pressure and flow.
Written by Campbell Kwan, Journalist on June 11, 2019 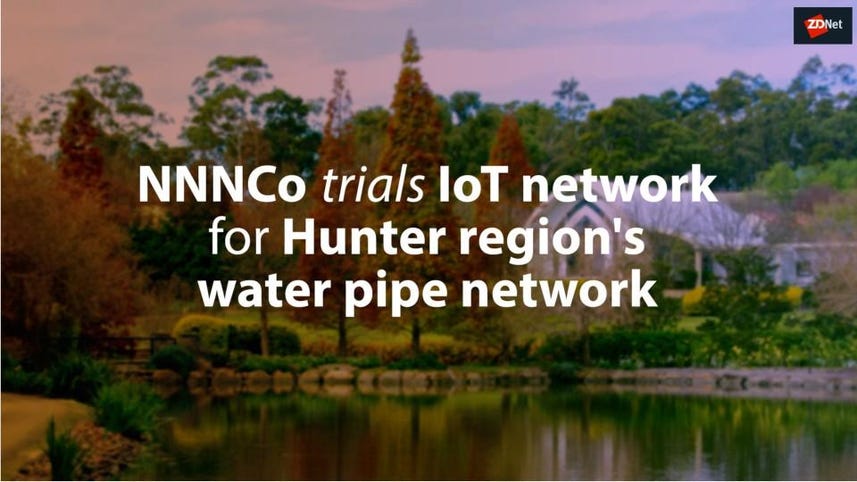 Government utility service Hunter Water will trial Internet of Things (IoT) sensors for its water networks, with NNNCo to provide sensors that assist in detecting leaks and predicting water main bursts before they occur.

The 12-month trial will test a range of sensors that monitor water pressure and flow in parts of the Hunter Water network in the Lake Macquarie area.

A private carrier-grade LoRaWAN network and NNNCo's N2N-DL data platform will be used to enable the IoT-powered water pipe solutions of the trial.

"The potential is to be smarter with the management of existing assets and reduce spend on new or replacement infrastructure," NNNCo founder and CEO Rob Zagarella said. "That has positive impacts for the utility as well as the broader community by reducing cost and environmental impacts."

For the trial, 30 pressure sensors will be deployed to provide real-time monitoring of water pressure across 25 kilometres of pipe mains, in addition to five water flow meters that will be used.

Connectivity for the two types of sensors will be provided by NNNCo's N-sen device.

"These devices, combined with the use of advanced analytics, will give us greater visibility into how the system is performing. Having that visibility will allow us to more quickly find and respond to breaks if they occur, particularly those in remote locations," Hunter Water's chief information and technology officer Richard Harris said.

"Leaks can sometimes be a precursor to a water main break, so the sooner we find leaks, the sooner we can fix them and minimise any potential impact on our customers and community."

According to Hunter Water, the sensors will issue alerts whenever there is a reduction in water pressure and flow, to enable the utility service to respond quickly to leaks and prevent pipe bursts.

NNNCo began rolling out its LoRaWAN network to the Lake Macquarie Area in July last year, which provides 650 square kilometres of coverage.

NNNCo is similarly building out IoT networks across Newcastle and the Gold Coast to enable smart city applications such as smart street lighting, waste management, and water meters.

A standardised data platform for all IoT applications across Newcastle's smart cities program will be implemented by NNNCo.

NNNCo will help deploy an IoT network across 650 square kilometres of the Lake Macquarie area.

The NSW government has kicked in AU$5 million for NNNCo to build out a LoRa IoT network to support Newcastle's smart city project.

In addition to its fibre-optic broadband expansion and its 5G access via Telstra and Optus, the City of Gold Coast has announced that it is building an IoT network with NNNCo.